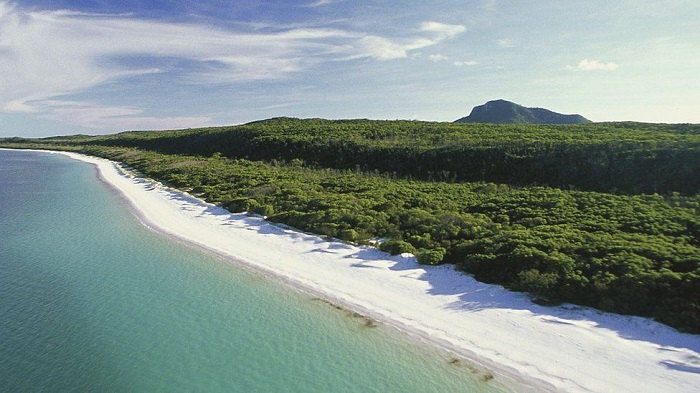 All those who have dreamed of ditching their regular nine-to-five in favour of working in an idyllic holiday destination are being given an extra reason to jack it all in.

Many businesses are struggling.

Before Covid hit, tourism was worth some AUD$22bn to Queensland. That plummeted after border restrictions were put in place in March 2020. Since then, only citizens, permanent residents and those with exemptions have been allowed to enter the state - and only if they complete a 14-day hotel quarantine on arrival at their own expense.

But as the country begins to open up internally and Australians begin to look for holidays at home, Queensland is trying to attract domestic visitors.

However, with a shortage of staff, many are struggling to cater even for the reduced numbers. According to news agency AFP, "help wanted" signs are a common sight in tourist towns.

"We do rely on working holidaymakers every year to come up and supplement our work and they're just not in Australia right now," she said.

That means this latest scheme is aimed at Australians. According to Queensland Premier Annastacia Palaszczuk, the money - part of a AUD$7.5m package to bring in more workers - is available to people from across the country willing to take up jobs in regional Queensland.

There is also a AUD$250 travel bonus for those who qualified. The scheme covers jobs such as tour guiding, bartending and working in kitchens.

It will run for a year from 20 May - although people interested only have six months to apply.

This is not the first time Queensland has come up with an inventive way to help its tourism industry.

Back in 2009 - when the global economic crash had dented visitor figures - it launched a hunt for a "caretaker" of Hamilton Island on the Great Barrier Reef, which came with a AUD$150,000 salary.