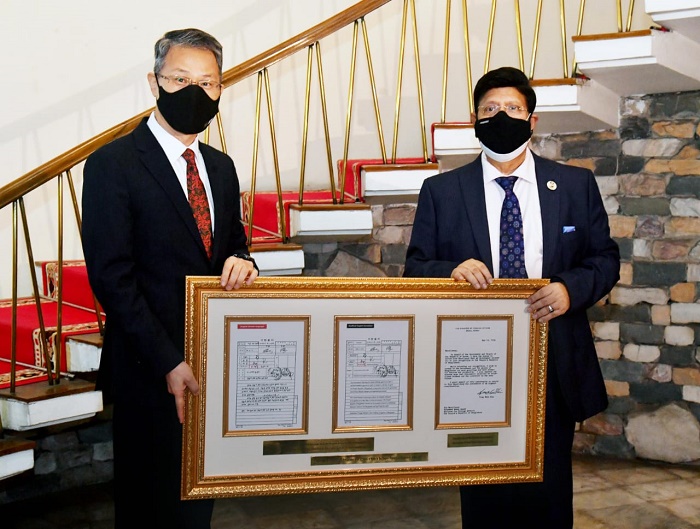 South Korean Ambassador to Bangladesh Lee Jang-keun on Thursday (May 20) called on Foreign Minister AK Abdul Momen and handed over a frame containing copies of historical documents that demonstrate Korea’s official recognition of the newly independent Bangladesh on May 12, 1972.

During the meeting held at the State Guest House Padma, Ambassador Lee expressed his sincere gratitude for Prime Minister Sheikh Hasina’s commitment to send a video message for the upcoming 2021 P4G (Partnering for Green Growth and the Global Goals 2030) Seoul Summit on May 30-31. 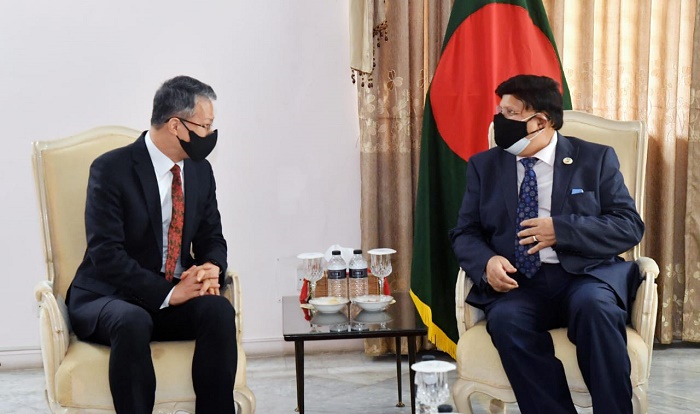 P4G is a global platform aimed at delivering inclusive and transformative solutions to meet the Sustainable Development Goals and the Paris Agreement, said a press release of the Korean Embassy.

The Summit will be the first multilateral Summit on environment to be hosted by Korea and will serve as a stepping stone for several important climate-related summits this year including the UN Climate Change Conference (COP26) in November.

More than 60 world leaders including Prime Minister Hasina will participate in the Summit.

Furthermore, Ambassador Lee underscored the importance of Bangladesh’s participation in the 2021 UN Peacekeeping Ministerial to be held in Seoul on December 7-8, 2021. 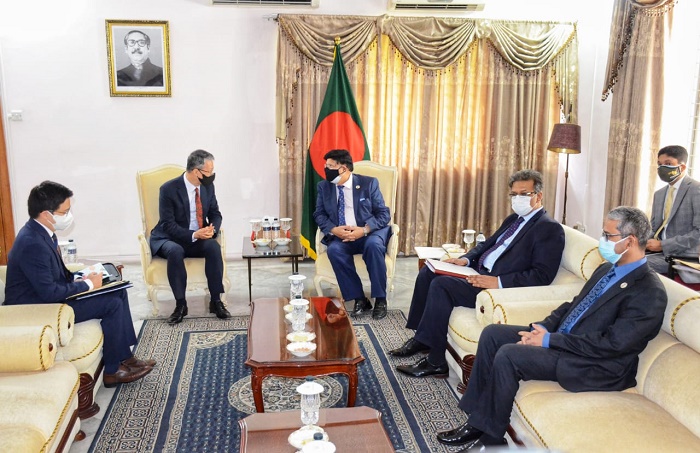 Ambassador Lee requested Foreign Minister Momen’s support for including all Korean nationals residing in Bangladesh in Bangladesh’s COVID-19 vaccination programme with priority once the country’s vaccine supply is normalized.

Korea seeks Bangladesh’s reciprocal consideration as Korea has committed to vaccinating all foreigners including around 20,000 Bangladeshis living in Korea.

Recalling that Korea and Bangladesh will jointly celebrate the golden jubilee of their diplomatic ties in two years, Ambassador Lee expressed his commitment to make the occasion a meaningful year for the two countries and looked forward to working closely with the Bangladesh Government in this regard.