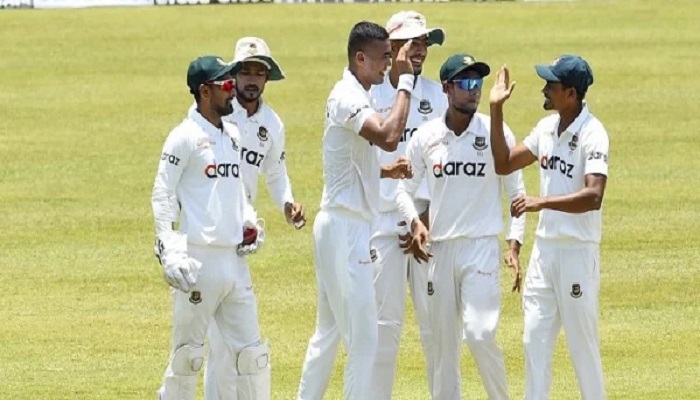 Bangladesh Cricket Board (BCB) has announced a 15-member squad for the first and second ODI of the three-match series against Sri Lanka starting from May 23.

Najmul Hossain Shanto, who was number three in Bangladesh’s last ODI series at the home against the West Indies, was omitted from this squad.

Besides, injured right-arm pacers Rubel Hossain and Hasan Mahmud and spinner Taijul Islam were also sidelined from the main squad.

Shanto hit his maiden Test ton in Bangladesh’s last tour of Sri Lanka for a two-match Test series. He also represented Bangladesh in eight ODIs but failed to impressed as he scored a total of 93 runs with the best innings of 29.

Taijul, however, will stay with the team as one of the four standby players. The other three standby players are— Naim Sheikh, Aminul Islam Biplob and Shohidul Islam.

“We played good cricket in the last home series against the West Indies. Now to keep that continuity intact, we announced a team including most of the  players who played the last series,” Minhajul Abedin, the chief selector of BCB told the media.

“Along with the 15-member squad, we added four standby players considering the Covid-19 situation. We may need their service along the way,” he added.

With this series, Shakib Al Hasan and Mustafizur Rahman are set to make a comeback to the national team after a leave to play the Indian Premier League (IPL). Minhajul believes the inclusion of Shakib and Mustafizur will boost the confidence of the team.

“Shakib is our best player and whenever we have him it increases our confidence. They are playing the practice match. If they can have the confidence I think it will be good for us,” he further told the media.

BCB has earlier included left-handed opener, Imrul Kayes, in the preliminary squad, but he was overlooked from the main squad.

The first match of the series will take place on May 23, while the other two games will be played on May 25 and 28 respectively. All the matches will be hosted at the Sher-e-Bangla National Cricket Stadium.