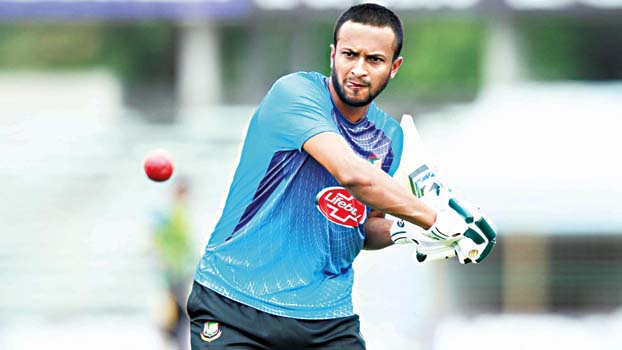 Ace all-rounder Shakib Al Hasan made a comeback as the Bangladesh Cricket Board (BCB) on Thursday announced the squad for the first and second of three-match ODI series against Sri Lanka.

Shakib skipped Bangladesh’s last limited overs series against New Zealand due to being with his wife who was expecting their third child that time.

The selection panel led by Minhajul Abedin Nannu however brought up some changes in the latest ODI team as the likes of Nazmul Hossain Shanto, Nasum Ahmed, Al Amin Hossain were axed. Fast bowlers Rubel Hossain and Hasan Mahmud were earlier ruled out due to their respective injuries.

Naim Sheikh who was in the New Zealand bound team found his place as stand by player.

Bangladesh’s first and second ODI against Sri Lanka are scheduled on May 23 and 25. The last and third ODI is on May 28.