Tropical cyclone likely to form in Bay of Bengal 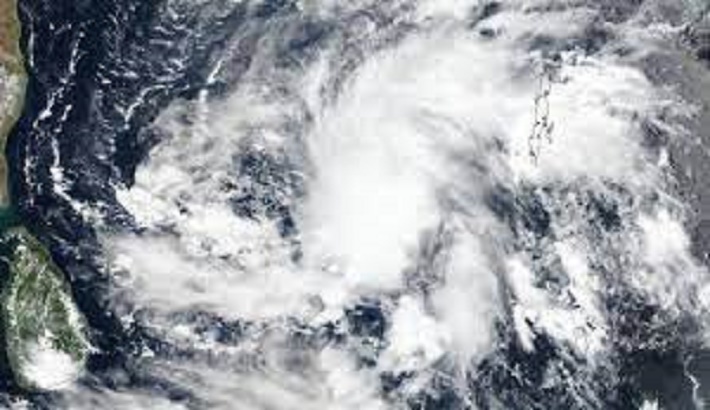 The sea surface temperature over the Arabian Sea and the Bay of Bengal is making conditions favourable for the development of a tropical cyclone during May 25-26 in the bay.

Due to having very favourable conditions ahead, it could intensify into a significant tropical cyclone during May 25-26, according to a weather update of Cyclone News: Bay of Bengal.

The cyclone will likely be named as YAAS. The landfall is anticipated between North Odisha of India to South West Bangladesh coast as a significant tropical cyclone during May 27-28, it said.

“Due to the direct impact of the cyclone, Odisha, West Bengal & parts of Bangladesh could have heavy to very heavy rain along with strong tropical squalls & isolated extremely heavy falls in May 26-29. Northern Bay of Bengal could have very rough sea during May 25-28,” it forecasted.

West Bengal, Sundarbans, Satkhira, Khulna, Bagerhat, Barguna and Patuakhali are at highest risk while Pirojpur, Barisal, Jhalakathi, Bhola, Hatia and Laxmipur are at risk and costal belt from Chattogram to Kutubdia are at medium risk from the tropical cyclone.

Dr AKM Saiful Islam, professor of Institute of Water and Flood Management (IWFM) at Bangladesh University of Engineering and Technology (BUET), told the Daily Sun that a low pressure may form in the bay during May 23 and it may turn into a cyclonic storm.  Bazlur Rashid, a meteorologist of Bangladesh Meteorological Department, said there is a chance of cyclone in the bay and they will announce it soon after the formation of low pressure in the bay by May 22-23.

“The sea surface temperature is above normal by 1-2 degree Celsius over the Arabian Sea and the Bay of Bengal making conditions favourable for the development of a cyclone. Sea surface temperatures (SST) are around 31 degrees Celsius over the Bay of Bengal while all other oceanic and atmospheric conditions are favourable for cyclone development,” according to Indian Meteorological Department (IMD).