Covid-19: What went wrong in Singapore and Taiwan? 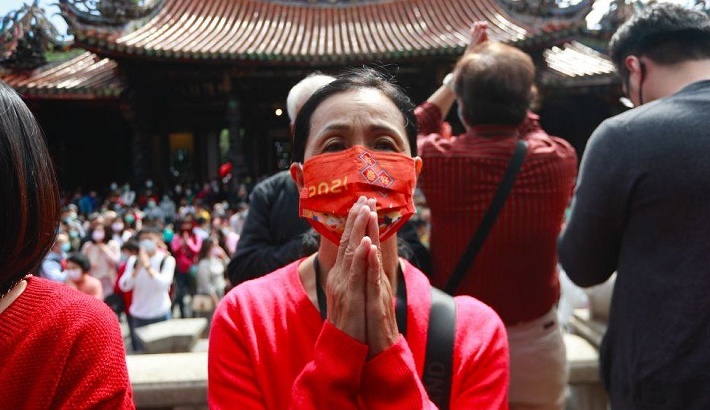 They've been hailed as virus success stories - places that have seen virtually zero or single-digit Covid cases since the start of the year.

But this month, Singapore and Taiwan have both seen a sudden and aggressive rise in cases - with Singapore logging 248 new cases just last week, and Taiwan 1,200 local infections.

Both places have gone into a heightened state of restrictions, limiting the size of social gatherings and closing schools.

By global standards, these numbers may seem small - but for these places, these figures would have been unthinkable just months ago. So what exactly went wrong?

A tale of complacency: Taiwan

Taiwan was among the first places to ban foreign visitors almost as soon as China reported the emergence of the virus - and these tough border restrictions still remain in place.

Locally however, the population started to become complacent - as did its government.

Hospitals stopped aggressively testing people for Covid, even those with a fever - a common symptom of the virus, according to Associate Professor Lin Hsien-ho of the National Taiwan University.

According to online publication Our World in Data, Taiwan was administering just 0.57 virus tests per 1,000 people in mid-Feb. This compared to Singapore's rate of 6.21 and the UK's rate of 8.68 at around the same period.

"There was a general assumption even with people showing symptoms that the probability of having Covid-19 was essentially zero," Dr Lin told the BBC, adding that it stemmed from a belief that the virus could not break through Taiwan's strong borders.

"Doctors were not taking it seriously, hospitals were not alert, they were not doing a lot of contact tracing. There was definitely a certain sense of complacency."

This was especially highlighted when Taiwan relaxed its quarantine requirements for non-vaccinated airline pilots from an initial 14 day period, to five days - and then, just three days.

Shortly afterwards, a cluster broke out connected to a handful of China Airlines pilots who had been staying at a Novotel near Taoyuan Airport. Many of those linked to the this cluster were later found to have contracted the UK variant, known as B117.

The virus then spread through the community, eventually making its way to Taiwan's "tea houses" - adult entertainment venues.

"You had people singing, drinking, coming into frequent contact in an indoor ventilated setting. It was not just one teahouse but many on the same street - it was a very large super spreader event," said Dr Lin.

Professor Chen Chien-jen, an epidemiologist and former vice-president of Taiwan, says the fact that many who tested positive were unwilling to declare they had visited such adult entertainment venues made contact tracing even more difficult.

"It just reminds us that even when a very small proportion of the population breaks the rules, it will lead to leakages," said Dr Chen.

He also adds that Taiwan failed to look at Japan's adult entertainment industry - which at one point was also a hotbed of infections - before it was ordered shut.

"We didn't learn the lesson from Japan and reflect that Taiwan might have these same issues," he said.

According to Associate Professor Alex Cook of the National University of Singapore (NUS), Taiwan's situation is a "a reflection of the constant risk of a strategy that puts too much emphasis on border control and not enough on measures to prevent within country spread".

Cracks in the wall: Singapore

In Singapore however, it was a different story.

Measures here have always been stringent despite low cases - public gatherings were kept to a maximum of eight, clubs have not been allowed open and there is still a cap on mass gatherings like weddings.

But there were still gaps in its vaccine playbook, and by late May, Singapore's Changi Airport - which also boasts a popular shopping centre - had turned into the country's biggest Covid cluster this year.

Authorities later found out that a number of infected airport staff had been working in a zone that received travellers from high risk countries, including those in South Asia.

Some of these workers then went on to have their meals in the airport's food courts - which are open to members of the public - further spreading the virus.

Singapore has now closed its passenger terminals to members of the public temporarily as a result.