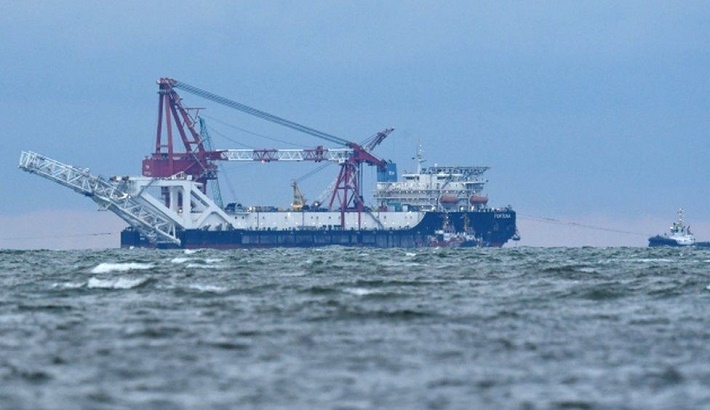 The Biden administration has waived sanctions on a company building a controversial gas pipeline between Russia and Germany.

The US also lifted sanctions on the executive - an ally of Russia's Vladimir Putin - who leads the firm behind the Nord Stream 2 project.

The move came in a report on Russian sanctions delivered to Congress by the Department of State.

Critics say the pipeline is a major geopolitical prize for the Kremlin.

The project, which would take gas from the Russian Arctic under the Baltic Sea to Germany, is already more than 95% complete.

President Joe Biden has said he opposes the $11bn (£7.8bn) project. His Secretary of State Anthony Blinken said during his confirmation hearing that he was "determined to do whatever we can to prevent that completion" of Nord Stream 2.