Create Jobs instead of Running for Job 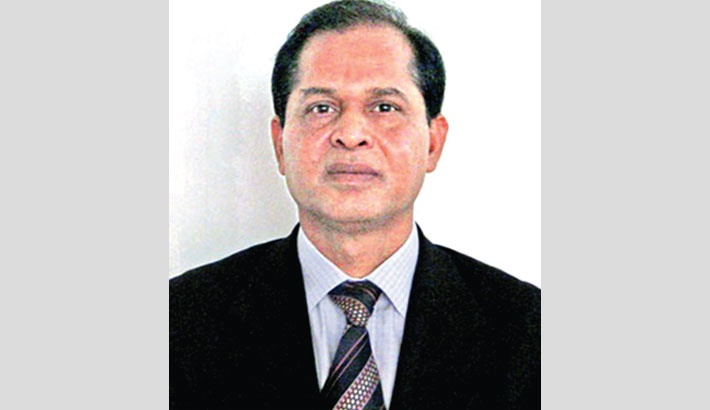 A few weeks back, I was following a discussion, on one of our television channels, about various aspects of starting business by the newcomers. A student, who used to dream to be a doctor or engineer, failing to produce that ability, became disappointed about his future destination when he was not finding any job with his simple bachelor degree. He was running from this office to that office to catch the golden deer named ‘job’. At one time, his age stood as a bar even to apply for a job. His parents, family members or friends, who, a few years ago, were much appreciative about his bright future, had left thinking about him anymore. That young boy, finding no other easy avenues or choices, thought to start a business. But he had no money to start and run any. However, he had an innovative idea that showed him the way of light to start a business with some money he could organise. It was an innovation in the business sector, an uncommon product that he had first introduced in Bangladesh. It got easy access into the local market. Now, he has more than a thousand employees in his company. In fact, his investment was his new idea, his innovation, not money.

It was an encouraging discussion and might help our educated young job-seekers if they had listened to that programme. What I have understood from that discussion, to start a business, one should possess the following qualities- (a) determination, (b) passion, (c) innovative ideas and (d) courage. Of course, it would be easy to start a business if one has something unique or new product that has good demand in the local or international markets. At the initial stage, it might seem to be risky, but if one is determined and has passion and courage, it would not be difficult to overcome all hurdles for a bright journey of life.

In Bangladesh, we produce thousands of graduates every year in our public and private universities. Generally, majority of them run after jobs either in government offices or private organisations. A big portion of them fail to catch the train and ultimately wait at the stations in despair. They should not forget that life is not limited within so small an area. Doing job in a public or private organisation should not be the only objective of education. There remains a vast area beyond that. They should open the gate of that area as per their ability and thoughts. In such a search, they need to be innovative, passionate, sincere and determined.

In this context, I would like to refer Sir Arthur C. Clarke, inventor of the geostationary communication satellite, who said, “In the beginning, people tell you that’s a crazy idea, and it’ll never work. Next, people say your idea might work, but it’s not worth doing. Finally, eventually, people say, I told you that it was a great idea all along!”

We see the same scenario in our society also. If you think or do something new, people around you will pass a lot of comments and those words are not always encouraging. They might under-estimate your idea or capability, but you have to devote yourself to bringing your idea into light. Once you reach your destination, those people will run to you to say just other things.

I agree, it is not so easy, but you have to be innovative if you really want to bring any change of your luck. Otherwise, you will remain at the place where you were sitting – disappointment and with a heavy heart. You should understand the difference between light and darkness. You have to prove that you are fit for your survival. You have to do everything to strengthen your legs to stand strong. Yes, you have to take the risk for a breakthrough.

In their book ‘Abundance’, Peter H. Diamandis and Steven Kotler wrote, “Demonstrating great ideas involves a considerable amount of risk. There will always be a naysayer. People will resist breakthrough ideas until the moment they’re accepted as the new norm. Since the road to abundance requires significant innovation, it also requires significant tolerance for risk, for failure, and for ideas that strike most as absolute nonsense.” In the same way, Burt Rutan said, “Revolutionary ideas come from nonsense. If an idea is truly a breakthrough, then the day before it was discovered, it must have been considered crazy or nonsense or both – otherwise it wouldn’t be a breakthrough.”

There might be failure on the way. Even, sometimes it happens that you were engaged in finding something you targeted, unfortunately it failed. But there came some other things that you had never expected. And that would be your innovation. Undoubtedly, it will not change your life only, it will also open doors for others to work with you or other kind of opportunity from that efforts. So, one should not be disappointed if such a situation arises but to continue his engagement taking it as a blessing for something better. In an article, Professor Baba Shiv explained, “Failure is a dreaded concept for most business people. But failure can actually be a huge engine of innovation. The trick lies in approaching it with the right attitude and harnessing it as a blessing, not a curse.”

Mr. Diamandis and Mr. Kotler have identified four major motivators that drive innovation. Those are curiosity, fear, greed and significance. It is evident that curiosity plays the foremost role that actually initiates the process. It is a desire to find out why, to open the black box, to see around the next bend. Curiosity stimulates our thoughts for new things, that is, innovation. Fear is there, as it involves risk-taking. One cannot ignore the risk for any innovation. The third motivator, greed means here the desire to create wealth and for obvious reason, this sentiment works behind each and every innovation. The final motivator is the desire for significance that actually needs to make a difference in the world.

Henry Ford said, “Thinking always ahead, thinking always of trying to do more, brings a state of mind in which nothing is impossible.” Our educated youths, instead of roaming here and there for a job, will have to invest their innovative ideas and capability and create their own organisation where they will also be able to invite others to work. If 10-20 per cent of the energetic youths can organise themselves with innovative breakthroughs, we can expect reduction of unemployment by a huge margin. There is nothing impossible in this world.

It is said that innovative ideas are everywhere. For that one has to look around. When you see a winning idea, go for it straightway. Benchmarking the successes of the wider world of competition surrounding you can offer enormous inspiration for your own initiative or innovation. The key is to observe well, identify the elements needed for your product and tailor your own programme accordingly. Anyway, you have to come up with ideas for new products, services, benefits, etc. – whatever you set in your mind to do.

At the end, I, once again, like to quote a few lines from the book ‘Abundance’, “So if you’re interested in solving grand challenges, driving breakthroughs, and changing the world, you’ll need to get ready. Go to the gym, star working out your fearlessness muscles and thickening your skin against the rain of criticism to come. Most importantly, do not seek to change the world unless you seek it, to paraphrase the nineteenth-century Indian mystic Sri Ramakrishna, ‘as a man whose hair is on fire seeks a pond’. Ultimately, one must have passion and purpose in order to convince the world of anything – which is, of course, the first step to changing it.”

There is no way to deny that innovation can play a crucial role for the advancement of our society. It is our responsibility to help the youth to come forward for creative works that would create opportunity for them not only to earn for themselves, but would also contribute immensely to our national economy. The new world of possibilities depends on how earnestly they can develop innovative products and services or new social innovation that will solve our social problems.

I strongly believe the people of Bangladesh, especially the young generation, will move forward shouldering that responsibility to engage themselves properly. And that might be the only alternative on which our youths would sow the seeds of new thoughts and ideas to change their lives. However, our Government might take necessary programmes to facilitate and support our youths in their innovative works.