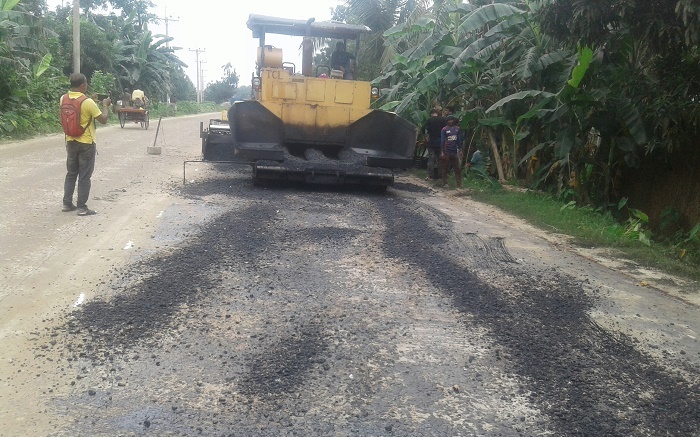 Public money continues to be wasted every year to repair the dilapidated and damaged roads built by the low quality bitumen.

Sources said that around Tk 2000 crore is spent every year in this regard, thanks to the poor oversight of the authorities concerned.

According to Road Transport and Highways Division, spending on roads repairing and rebuilding has been increasing every year due to the poor condition of roads across the country.

Experts and sector insiders think that the spending might have been far less if the roads constructed ensuring quality bitumen.

It was found that Bangladesh’s road network gets damaged a lot sooner than the expected longevity period due to poor construction, especially the use of imported low-quality bitumen.

As there is no scope of test of the imported bitumen, low quality bitumen is entering in the country and being used in road construction.

Road network gets damaged a lot sooner than the expected longevity period, government has to spend crores of money in repairing and reconstruction of these roads across the country.

It has been reported that the amount is much lower than the demand for repairing and maintenance of the roads by concerned government offices.

Apart from the allocation, a portion of budgetary allocation for constructing new roads also spent on repairing and maintenance purpose.

A top official at Roads and Highway Department said that demand for road repairing in last ten years is around Tk 50,000 crore. Against the demand, around Tk 15,000 crore has been spent on road repairing and reconstructing the damaged roads.

Despite the repairing job every year, a lion portion of roads has remained in dilapidated condition across the country.

According to the Road Transport and Highways Department, Tk 29,441 crore has been allocated for construction and renovation of new roads in the current financial year. In the previous year also, Tk 29,274 crore was allocated in this sector.

Assistant Professor of Civil Engineering at Bangladesh University of Science and Technology Dr. Md. Hadiuzzaman said Bangladesh’s roads build by using imported bitumen from different countries. In a bid to maintain durability of roads, it is required to use quality bitumen.

“It is time to shift our focus on quality grade bitumen and performance grade bitumen to get a good result and minimize the loss of damage,” said Dr Hadiuzzaman.

Noted transportation expert also Dr Shamsul Hoque said that the root cause of damage of a road is water logging and movement of overweight transport on flexible pavement.

He urged the concerned officials of roads and highways to be sincere in the maintenance work.

If low quality bitumen use in road construction, it gets damaged and dilapidated during rainy and summer. Ultimately, it causes waste of huge money for repairing every year, he added.

According to Road Maintenance Management System (RMMS) data, Bangladesh has around 22,419-kilometer roads across the country in different categories. There are around 3980km roads under the national highway, 4897km under the regional highway and 13,541km roads at district level.