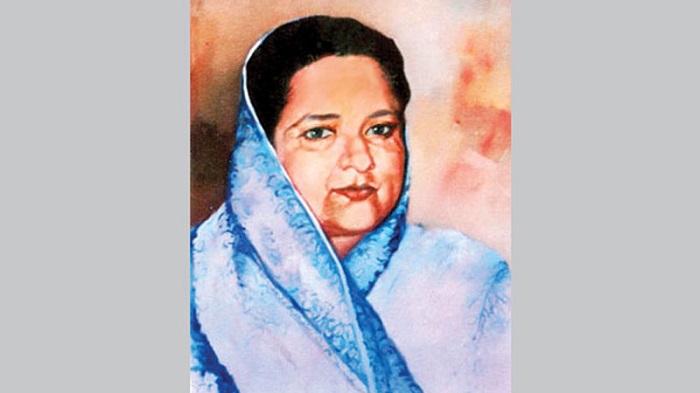 The government has invited the design from the experienced designers for the newly introduced ‘Bangamata Begum Fazilatunnesa Mujib Award’, which will be conferred on five women in different categories every year.

In a press release, the Ministry of Women and Children Affairs requested the interested designers to submit their respective designs to the Executive Director of Jatiya Mohila Sangstha located at 145 New Baily Road in the city by May 31.

The designer of the selected design for the award will be given appropriate honorarium, it said.

As per the release, in the upper part of the award’s front-side, ‘Bangamata Begum Fazilatunnesa Mujib’ will be written while in the bottom part the word ‘Bangladesh’ will be clearly written.

In the middle of the award, there will be the national emblem of the country designed with a water lily that is bordered on two sides by rice sheaves and above of the water lily there are four stars and three connected jute leaves.

In the upper part of the award’s backside portrait of Bangamata Begum Fazilatunnesa Mujib will be engraved in a small circle while on the left side of the portrait the Krishtabda (year of English calendar) and on the right side the Bangabda (year of Bangla calendar) also will be inscribed.

In the bottom part of the award’s backside, the names of the award recipients and their contributions will be engraved.

The replica of the award should be designed with the similar writing, design and portrait on the both sides of the award.

This year, five Bangladeshi women will be given the ‘Bangamata Begum Fazilatunnesa Mujib Award-2021’ for their important contributions and glorious role in the categories of politics; economics; education, culture and sports, social services, independence and Liberation War, research and agriculture, and rural development.