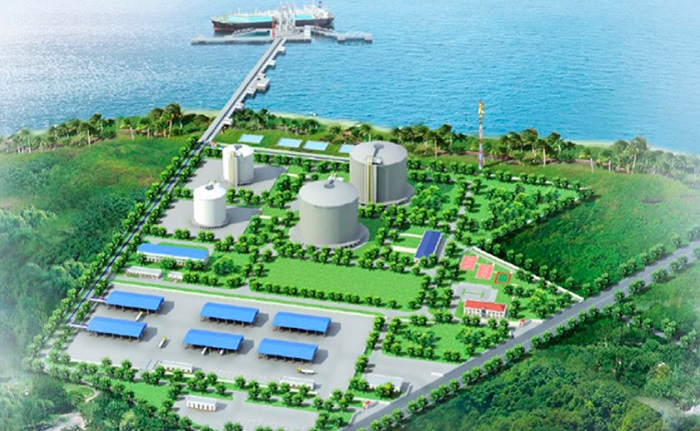 Myanmar’s military junta has approved a $2.5bn power plant that will run on liquefied natural gas and be built and operated by Chinese companies.

The project was among 15 new investments announced by the regime’s Myanmar Investment Commission (MIC).

An employee from the Directorate of Investment and Company Administration (DICA)–who is part of the Civil Disobedience Movement–told Myanmar Now that the project is called Mee Lin Chaing and will be built in Ayeyarwady Region.

It is the largest new investment to be approved since the February 1 coup threw the country into chaos and sent the economy into freefall.

“The project needs the agreement of all the concerned ministries to get MIC approval. So this means the process of getting all the agreements is done, as the junta has approved it,” the employee said.

The power station will generate up to 1,390 megawatts of energy. Three Chinese companies will own 81% of the project while Myanmar’s Supreme Group of Companies will own 19%, data obtained by Myanmar Now shows.

The Union Resources and Engineering Company (UREC) will have the biggest stake–41%– while Yunnan Energy Investment will own 39% and the Zhefu Holding Group will own the remaining 1%.

UREC is a branch company of Yunnan Energy Investment, which is based in Yunnan province.

The project will be developed under the build, operate, transfer model, meaning it should eventually be handed over to the state. It has been in the works since February 2018, when the National League for Democracy’s energy minister Win Khaing granted a notice to proceed.

Under the NLD government, Maung Myint, an MP from the opposition military proxy party, raised questions about the transparency of the project and asked why the companies were permitted to proceed with having to bid.

The Anti-Corruption Commission later directed the central bank to scrutinise the accounts of Win Khaing, his deputy minister and their spouses. After that the NLD government made no further announcements about the project.

The Supreme Group did not respond to a request for comment. A director at the company told Myanmar Now that management has decided not to talk publicly about the Mee Lin Chaing project for the time being.

Supreme Group is the local partner of the Chinese state-owned firm Sinohydro for a 135 megawatt plant in Kyaukphyu, southern Rakhine State.

The owner of Supreme Group is Dr Sein Myint, also known as Ah Sein. He is a former president of the Myanmar Engineering Society. His son, Zaw Naing Thein, leads the company.

The project was approved in January 2016 when the Yangon Region chief minister was Myint Swe, who after the coup was appointed the junta’s acting president.

The junta has put its fourth most powerful general,  Lt Gen Moe Myint Tun, in charge of the newly formed investment commission.

Min Aung Hlaing’s power grab, and his subsequent efforts to crush dissent with a campaign of terror and mass murder, has scared away many investors and led to calls from activists for businesses to cut all ties to the military.

France’s state-owned power company Electricite de France has suspended its involvement in the $1.5bn Shweli 3 hydropower project in northern Shan State, while new company registrations at DICA have declined by 80% since the coup.

A Myanmar economist, who spoke on condition of anonymity, said China is likely to make up the shortfall as investment from other countries dries up: “They will take this opportunity to do more investment, whether it is fair or not.”