US to provide $155 more for Rohingyas 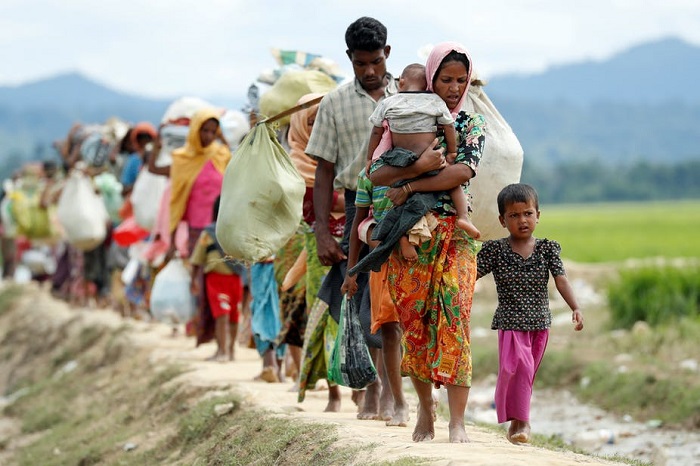 The United States (US) has announced to provide nearly $155 million in new humanitarian assistance, much of which will go toward the 2021 Bangladesh Joint Response Plan (JRP).

With this new funding, the US total humanitarian assistance for this response reaches more than $1.3 billion since 2017, including more than $1.1 billion for programs inside Bangladesh, according to US statement during the launching of JRP in Geneva on Wednesday.

“Our assistance will help meet the immediate needs of the nearly 900,000 refugees (Rohingyas) in Bangladesh who fled from horrific violence in Burma’s (Mynamar’s) Rakhine State, including women and children,” US secretary of state Antony J. Blinken said in a separate statement.

This funding also provides support for more than 472,000 Bangladeshi host community members impacted by this displacement.

“With this new funding, our total humanitarian aid for those affected by the crisis in Burma, Bangladesh, and elsewhere in the region since the brutal violence by the Burmese military in August 2017 is more than $1.3 billion, including more than $1.1 billion for programs inside Bangladesh, Blinken said.

The United States recognizes the cost and responsibility that the response has placed on host countries, especially Bangladesh.

“We encourage the broader international community to do more and urge other countries and stakeholders to contribute as well,” the US secretary of state said.

In the aftermath of the February 1 military coup and the brutal military crackdown in Myanmar, he said, the US remains committed to addressing the Rohingya crisis recognizing that the coup leaders are many of the same individuals responsible for previous human rights abuses, including atrocities against the Rohingyas.

“We continue to work with international partners to support justice and accountability for all those responsible for the coup and human rights abuses,” he said.

Blinken said, the United States is committed to promoting peace, security, and respect for the human rights and human dignity of all people in Burma, including Rohingya.

The US statement said, on Bhasan Char, the US welcomes the dialogue between the UN and Bangladesh government and encourages continued close consultations.