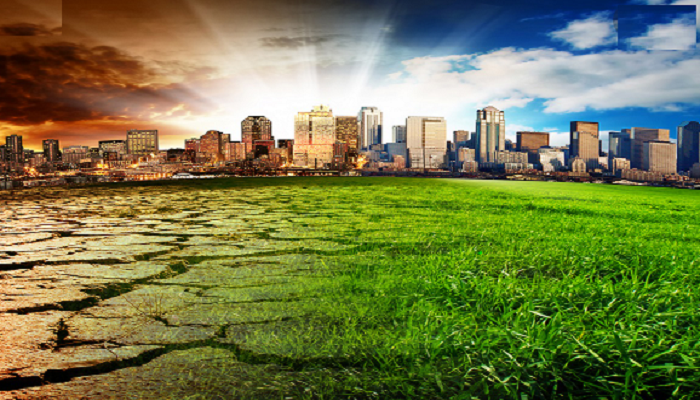 Air density of Dhaka’s two of the most marginalised low-income slums is four to five times higher above the permission limit of Bangladesh for 24 hours.

A study report published Wednesday titled “Urban Localized Pollution in the Context of Climate Change” revealed such information during its virtual launching and discussion event.

According to the study report, the major source of indoor air pollution in both the marginalise areas are earthen stoves for cooking, using biomass as fuel. Women are the most severely affected by air pollution as they are exposed to smoke for long stretches of time during cooking.

These low-income settlements are surrounded by many air polluting industries like steel mills, plastic factory, melamine factory, and brick kiln among others.

The research was conducted under ‘The Featuring Green Earth Project’, which is jointly implemented by Plan International Bangladesh, Bangladesh Youth Environmental Initiative (BYEI) and Population Services and Training Center (PSTC).

The project initiated the research in collaboration with the Department of Urban and Regional Planning (URP), BUET and International Centre for Climate Change and Development (ICCCAD).

The study was carried out from December 2020 to January 2021 and followed a mixed methodology involving both qualitative and quantitative data.

Mentioning a study report of UNICEF, Afsana Haque said, there are about 4 million people dwelling in 5,000 slums where meeting the basic needs and services is a huge challenge for this population, climate change has made their reality more complex.

Under this research, Center for Atmospheric Pollution Studies (CAPS), Stamford University Bangladesh tested water and air of the research areas.

According to the national guideline of Bangladesh, the standard is 2.5 µg/m3 and 10 µg/m3.

The water test report of CAPS reveals that the sample water is contaminated with foreign particles exceeding standard limits in both the study areas.

They found E. Coli (seven or more) and ‘uncountable colonies of total coliform’ in the water. The Biological Oxygen Demand (BOD5) and Chlorine concentration have been reported excessive in the study areas.

The residents of both the study areas have long been experiencing a number of water-related problems like distant location of water sources, water scarcity and its poor quality.

They also disclosed some health and socio-cultural problems associated with water supply. In the study areas, water sources are both supply lines and deep tub wells.

But the supply of water is for limited time and often interrupted. Most of the women have to walk 5-10 minutes to collect water.

They have to wait in queues and it takes one and a half hours to two hours to collect water. On an average, the households pay Tk 400-500 per month. Nonetheless they do not get quality water.

According to global standards, one family should have one sanitary toilet. However, according to the Government of Bangladesh, households can either use “shared latrines” or “community latrines” subject to a maximum of two households (or 10 persons) for one latrine.

However, in both the slums, the number of families sharing one toilet is far from the set Basic Minimum Service Level (BSML) in all aspects. On an average, one toilet is shared by three to four families (15-20 persons).

Due to poor sanitation facilities, privacy and safety of women are the major concerns stemmed from distant location, design and sharing of toilets, says the study report.

In his speech, the Minister said, per capita income of Bangladesh has increased. By 2030, we will become a middle-income country. Challenges coming up due to such achievements need to addressed and necessary steps need to be taken.

Mentioning raising awareness as the prime need, he said, awareness needs to ensured at every stage of the society. Community-led initiatives should be encouraged.

Government, non-government and private sectors must come together and work collaboratively to address the challenges related to waste management, water supply, water and air pollution.

Tazul Islam said it has to be decided at first that how many people can live in the city.

"Along with this, policy initiatives need to ensured. Living standard of rural areas has to be increased as well as creating more job opportunities. This might be difficult but this is a pressing need. Different services charge for all class of people need to be determined based on their capacity following equity. Recycling and reusing waste materials have to be done with proper maintenance for planned waste management. The Government is already working for producing electricity by waste."

The project mobilises a robust environmental activist movement by establishing Earth Clubs in several of Dhaka's most marginalised areas.

Taking part in the discussion, Ismail Hossain, Parvin and Rimu, three of the residents of Dhalpur and Dhaka Match Colony, shared the challenges they face in their daily lives.

They shared the existing challenges in their community regarding water supply, sanitation, air pollution and waste management as well as the impacts on their lives and livelihood.

Professor Saleemul Huq said due to climate change, urbanisation is increasing in Bangladesh.

"There is no single solution to the complex challenge. We have to look for multi-dimensional solutions and move forward. Research studies can play crucial role in this regard."

Afroz Mahal said, Dhaka is one of the fastest-growing megacities of the world. It is estimated that by the end of this decade (in the year 2030), 44 percent of the national population would be urban and most of them will be living in Dhaka.

Most of these migrants often ended up in marginalised low-income areas with inadequate basic services i.e. safe drinking water, hygienic sanitation facilities, proper waste management, safe and healthy dwelling unit with light and ventilation. Even where the services are available, quality, affordability and reliability are not maintained up to the standard.

The problems will be exacerbated due to impending climate change impacts.

The researchers also felt the aspiration of the youth to work for a sustainable environment for a better future.

The young generation of these vulnerable communities can be turned into resourceful assets with proper education, training and motivation. Through bridging the gap among the policy makers, investors, researchers and local people, it will be possible to attain global, national and local goals.