Quader urges journalists to be patient over Rozina issue 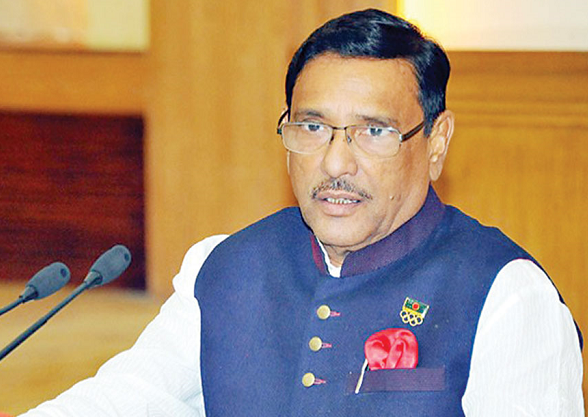 He came up with the call while addressing a discussion at 23 Bangabandhu Avenue in the morning.

Awami League's Relief and Social Welfare Sub-Committee organised the event where Obaidul Quader was virtually connected from his official residence.

He hoped that the journalist concerned will get justice as a case has been filed and the matter is under trial.

The Awami League general secretary also said action would be taken as per the investigation committee report if there was any injustice against the journalist concerned.

The Awami League general secretary said such a misunderstanding would not have arisen if someone from the ministry had briefed the journalists on the day of the incident.

On Tuesday, a Dhaka court sent Rozina, arrested in a case under the Official Secrets Act, to jail after rejecting the police's demand for her five-day remand.

She was arrested for allegedly attempting to illegally “collect sensitive government documents and taking photos of them” from the Secretariat on Monday.

The Prothom Alo journalist rejected all the allegations saying, "I was, in fact, harassed at the Secretariat."