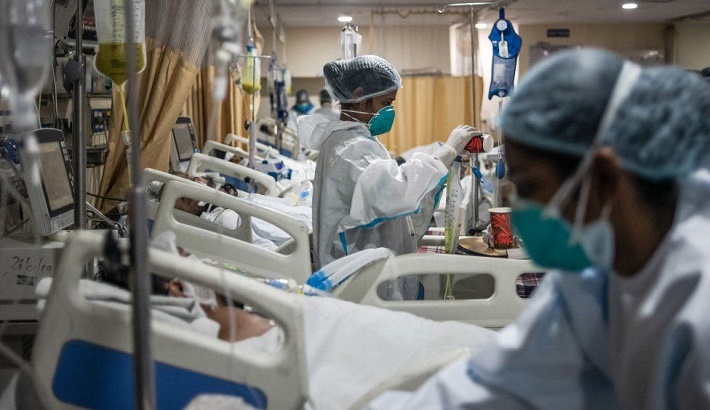 An anti-fungal drug used in the treatment of a rare infection called mucormycosis, or "black fungus", is in short supply across states in India.

Amphotericin B, which is manufactured by many Indian firms, is also on sale on the black market.

There are many emergency appeals on social media for the drug as mucormycosis cases rise.

Doctors say the infection could be triggered by the use of steroids in severely-ill Covid patients.

Mucormycosis is caused by exposure to mucor mould which is commonly found in soil, plants, manure and decaying fruits and vegetables.

It affects the sinuses, the brain and the lungs and can be dangerous in diabetic or severely immunocompromised people, such as cancer patients or people with HIV/AIDS. Many patients arrive for treatment late, when they are already losing vision, and doctors have to surgically remove the eye to stop the infection from reaching the brain.

As many as 52 people have died due to mucormycosis in the state since the coronavirus outbreak started last year, a senior health department told PTI news agency last week.

Doctors say amphotericin B or "ampho-B" is an anti-fungal intravenous injection which has to be administered every day for up to eight weeks to patients diagnosed with mucormycosis. There are two forms of the drug available: standard amphotericin B deoxycholate and liposomal amphotericin.