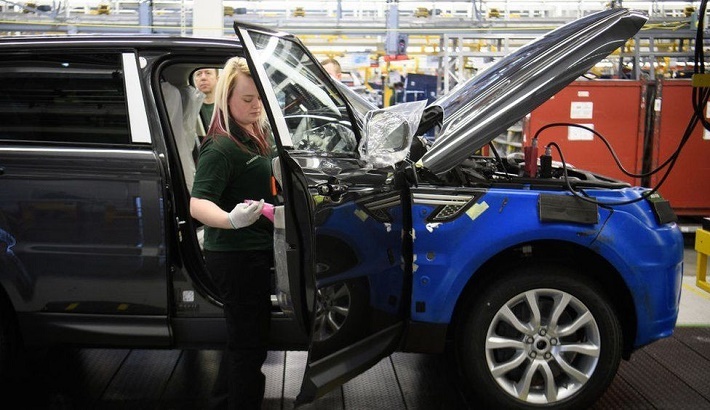 Last month JLR temporarily halted production at its two main factories in Britain due to a lack of chips.

For the quarter that ended on 31 March, Tata Motors reported a net loss of $1.04bn, compared to analysts' expectations of a $365.4m profit.

The company also said that JLR had saved around $426m during the quarter under its 'Project Charge' turnaround plan.

Like other major carmakers around the world, Tata Motors has been forced to suspend some operations because of the chip shortage.

The coronavirus crisis has driven a shift to working, learning and socialising from home, which has boosted demand for laptops and other devices that use semiconductors.

The shortage has forced the world's biggest carmakers, including Toyota, Nissan, General Motors and Ford, to cut production.

This week, Toyota announced that it would temporarily stop production at two of its plants in Japan next month.