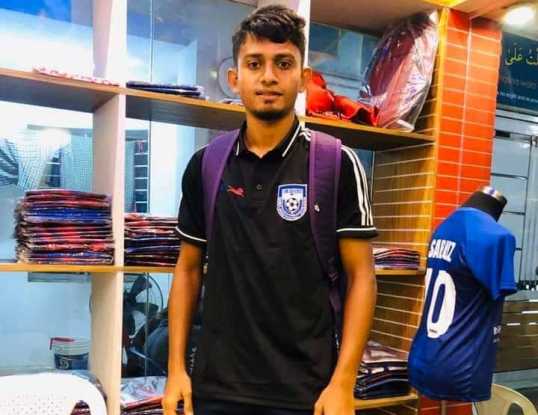 The Bashundhara Kings midfielder has no symptoms and is currently in isolation at Hotel Intercontinental.

A total of 40 members of Bangladesh national football team, including 32 players and 8 officials, underwent COVID-19 tests on Sunday. But, the team started training on the field on Monday before getting the test reports.

While asked, national team manager Iqbal Hossain replied, “Players were all in the game. Kings players tested just a few days ago while they were supposed to fly to Maldives. However, we tested them on the first day when they reported to the camp, the test reports came late.”

Iqbal further informed that the federation will arrange two more tests next week and before leaving Dhaka.

“We will arrange two more tests -- one is next week and another before leaving Dhaka. Ibrahim is under observation and we will test him again in a few days. Coach will take the further decision about him after discussing with the doctor,” he added.