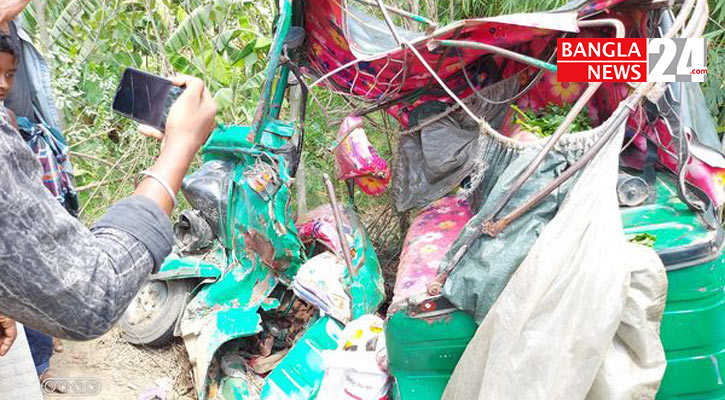 Four people were killed and three others injured after a pick-up van hit a CNG-run auto-rickshaw in Bariapool area at Shubhopur union under Chhagalnaiya upazila of Feni on Wednesday noon.

Three of the deceased were identified as Bibi Hajera, wife of Abdul Gofran, hailing from Chandpur village in the upazila, Arif, son of Enamul Haque, from Katagang village at korerhat union in Joraganj upazila of Mirsarai and Nurul Islam, son of Dorbesh Ali, from Amtali village in Sakhipur village of Tangail.

Quoting eyewitness, Md Shahidul Islam, officer-in-charge (OC) of Chhagalnaiya police station, said the pick-up van hit the auto-rickshaw carrying the victims from behind in the area at 12:00pm, leaving four passengers of the rickshaw dead on the spot and three others injured.

Later, locals took the injured to a local hospital, he said.

The OC also said that the bodies were sent to Feni General Hospital morgue for autopsies.