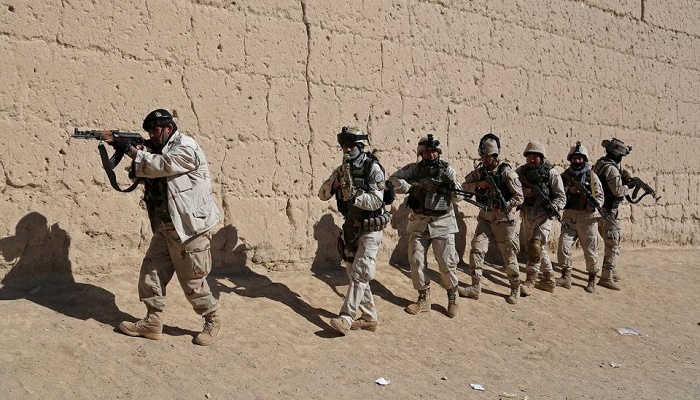 Two soldiers and 17 Taliban militants were killed when overnight clashes flared up in two Afghan provinces, authorities said on Wednesday.

Two soldiers and three militants were killed, and one soldier and one militant were also wounded, the district chief said.

In southern Kandahar province, the Afghan military on an intelligence tip conducted a cleanup operation in restive Zhari district, killing 14 Taliban militants and wounded four others, the Afghan Defense Ministry confirmed in a statement.

The security forces destroyed four militants’ hideouts and cleared a large swathe of land in Zhari from the militants, according to the statement.

The violence lingers in war-torn Afghanistan as the U.S. and NATO troops have been leaving the country.

About 3,500 U.S. forces and 7,000 NATO troops will be withdrawn before Sept. 11, the day which is the 20th anniversary of the terrorist attacks that drew the United States into war in Afghanistan.