Death toll from Israeli attacks on Gaza surges to 220 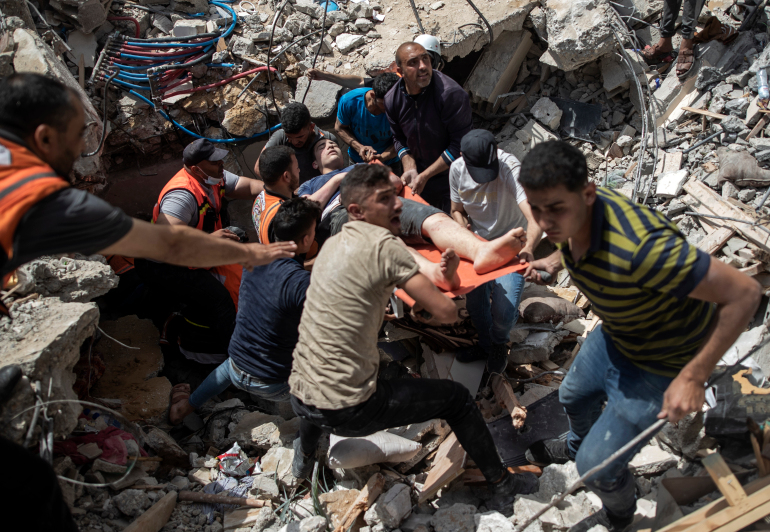 Israeli air raids pounded the Gaza Strip on Tuesday as Palestinians across the West Bank and east Jerusalem staged a historic strike in support of those under bombardment in Gaza.

US President Joe Biden, meanwhile, expressed support for a ceasefire between Israel and Hamas in a phone call with Prime Minister Benjamin Netanyahu.

But the US leader stopped short of demanding an end to nine days of violence that have killed at least 220 Palestinians in Gaza and 12 people in Israel, Aljazeera reports.

EU foreign policy chief Josep Borrell called for the implementation of a ceasefire, following a video conference of EU foreign ministers, adding that the call was backed by all the bloc’s member states, except Hungary.