Govt not to take any quarter’s advice harmful for country: PM 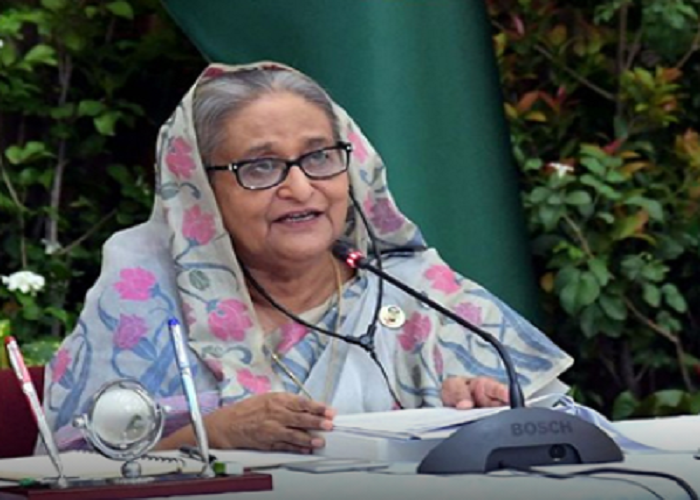 Referring to the past BNP government’s decision to close down the railway in accordance with the advice of the World Bank, Prime Minister Sheikh Hasina said her government would not take any advice from any quarter that causes damage to the country.

“Once upon a time, the state was run with the advice (from others). But, I don’t do so. My word is – the country is mine, I know better how we will develop the country. We will take advice, but it will not cause damage to the country,” she said.

While presiding over the National Economic Council (NEC) meeting virtually from her official Ganabhaban residence in the capital, she said that the World Bank had earlier given a advice (to then BNP government) to stop operation of the railway and BRTC buses which are being massively used by the masses.

Her cabinet colleagues and concerned officials attended the meeting from the NEC Conference Room, Planning and Cabinet Division through video conference.

In line with the advice, a plan was adopted to close down the railway across the country for which an agreement was signed at that time while the employees of the railway were given golden handshake and many railway tracks were stopped to pursue the advice.

But assuming office, the Prime Minister said, her government had decided to reopen the railway for welfare of the people of the country.

She said that she at her own initiative made a separate ministry and gave necessary allocation for it in the budget just for reopening the railway across the country.

“We keep open everything (railways and BRTC buses) and the countrymen are now getting its benefits and it is the biggest thing.”

She appreciated the government officials seeing the commitment among them for nation building activities as they are considering the tasks as their own and performing their duties accordingly.

The premier said that the per capital income has increased despite the Coronavirus pandemic due to the commitments of all particularly the government officials.

Stating that the government is going to place the budget in parliament on June 3 next, she appreciated the officials for their hard work in preparing the projects which are being taken in the Annual Development Programme (ADP) or placed for approval.

She asked the concerned people to make necessary amendments to the projects if requires.

Describing the agriculture as the lifeline for Bangladesh, the Prime Minister asked the government officials to engage the young generation in the agriculture, instead of letting them to run after jobs.

She also asked them to make the young folk interested in agriculture, saying that the government is giving incentive and loan without security in this sector.

Utilising the potentiality of the agriculture, the youths can establish industry, particularly food processing industry and earn huge foreign exchange, she opined.

The Prime Minister also said that her government has been working to expand the local markets by increasing the purchasing capacity of the people with a view to making the country self-reliant.

She sharply criticised the BNP as many leaders of the party, including Khaleda Zia and Saifur Rahman, made fun of the then Awami League government as it made Bangladesh self-reliant in food production.

Sheikh Hasina said that her government has been attaching topmost priority to research since assuming office in 1996 aimed at increasing food production and make Bangladesh self-reliant.

The Prime Minister said that she asked time and again to bring each inch of the land under cultivation so that no food crisis is created during the Covid-19 pandemic.