Question Of Peace Or Hostility In Afghanistan In 'Pakistani Hands', Says President Ghani 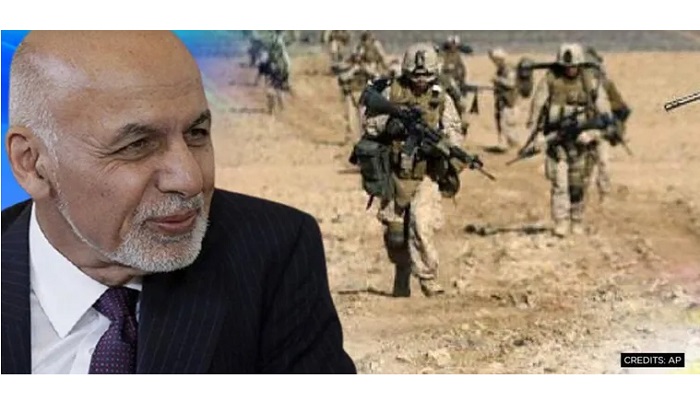 Amid the final withdrawal of the United States Army and NATO troops from Afghanistan, President Ashraf Ghani has emphasised the requirement for a decision on peace by the regional players, and for Europe's much-needed role to "get Pakistan on board" on the ongoing peace talks with Taliban.

Ashraf Ghani while speaking to the German news website, Der Spiegel in an interview said, "Peace will primarily be decided upon regionally and I believe we are at a crucial moment of rethinking. It is first and foremost a matter of getting Pakistan on board. The US now plays only a minor role. The question of peace or hostility is now in Pakistani hands."

"Pakistan operates an organised system of support. The Taliban receive logistics there, their finances are there and recruitment is there. The name of the various decision-making bodies of the Taliban are Quetta Shura, Miramshah Shura, and Peshawar Shura- named after the Pakistani cities where they were located. There is a deep relationship with the State."

The Afghan Presidential Palace said in an official statement on Monday,

"President Ashraf Ghani attached great importance to the role of the regional countries particularly Pakistan in establishing peace in Aghanistan and the country's influence on the Taliban."

Ghani further said that there is no military solution for the ongoing war in Afghanistan and the Taliban's insistence to stick to a military solution is unacceptable for the people of Afghanistan. The sub-continent has witnessed a surge in the incidents of violence in recent weeks, subsequently reporting casualties of Afghan security forces and civilians. While the Taliban forces avoided engaging US troops, they have furiously attacked Afghan government forces. Violence has rocked several provinces in recent weeks.

Afghanistan tranquillity disrupted despite US and NATO troops withdraw

After weeks of deadly violence, a three-day ceasefire was agreed upon by the warring sides which came into force on Thursday to mark the Muslim holiday (Eid al-Fitr). However, the tranquillity was disrupted by a blast at a mosque on the outskirts of the Afghan capital. This explosion on Friday afternoon reported the killing of 12 persons including the Imam (one who leads Muslim worshippers in prayer). No group has so far claimed the attack and the Taliban has denied their responsibility too.

The grave attack last week killed over 90 people, many of them pupils leaving a girls’ school when a powerful car bomb exploded. The Taliban denied involvement and condemned the attack. US and NATO troops withdrawal from Afghanistan is underway and set to finalise on September 11.

Violence has intensified in Afghanistan since the United States missed a May 1 deadline, agreed with the Taliban last year, to withdraw all of its troops. The US and NATO have pledged to withdraw their troops from Afghanistan by September 11 however they have begun their final withdrawal from the country, after 20 years of war. Earlier this week, U.S. troops left southern Kandahar Air Base, where some NATO forces still remain. At the war's peak, more than 30,000 U.S. troops were stationed in Kandahar, the Taliban heartland. The base in Kandahar was the second-largest US base in Afghanistan, after Bagram north of Kabul.

Source: republicworld.com (with inputs from ANI)