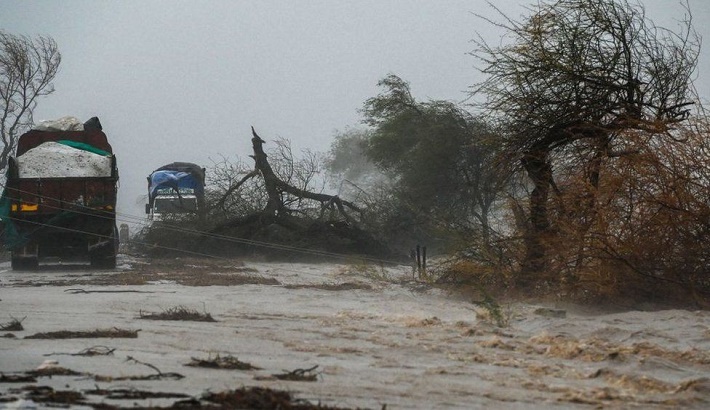 A cyclone, at its peak classified as "extremely severe", has made landfall in India's state of Gujarat with wind speeds of up to 160km/h (100mph).

Cyclone Tauktae travelled along India's western coast, narrowly missing the city of Mumbai. At least 12 people were killed and 200,000 evacuated.

The navy has sent three warships to try to rescue hundreds of people stranded off the coast in two barges.

The cyclone comes amid a Covid-19 wave that has overwhelmed Indian hospitals.

Rain and wind speed of over 100 km/h ravaged coastal areas in the western state of Gujarat, uprooting trees and electricity poles. In Saurashtra district, electricity has been cut as a precautionary measure.

On Tuesday morning, the India Meteorological Department (IMD) said in a tweet that the cyclone had further weakened, and would continue to weaken gradually in the next three hours.