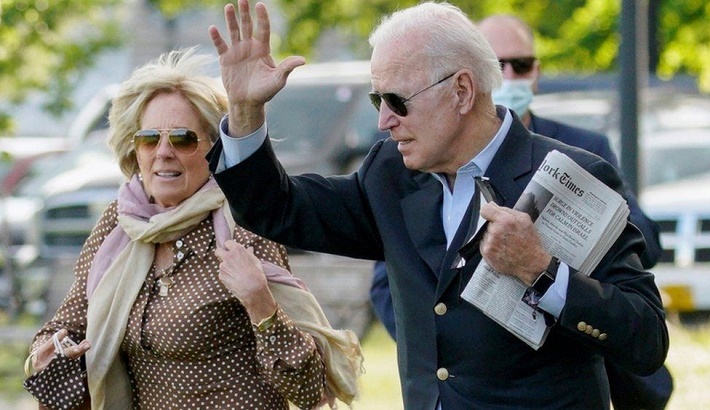 Joe Biden has brought back a US presidential tradition by releasing his tax return on Monday ( May 17), the White House said.

Their income fell from 2019 when they earned $985,223 mostly from speeches, book sales and positions at higher education institutions.

The document shows that during the busy election campaign year the Bidens paid a federal income tax rate of 25.9%, the White House said.

Joe and Jill Biden's previous tax returns have shown they donated $70,000 to charity in total over the two decades leading up to 2017.

The Bidens also have assets of between $1.2m and $2.88m, according to their financial disclosure form released on Monday. Mr Biden's current salary as president is $400,000.