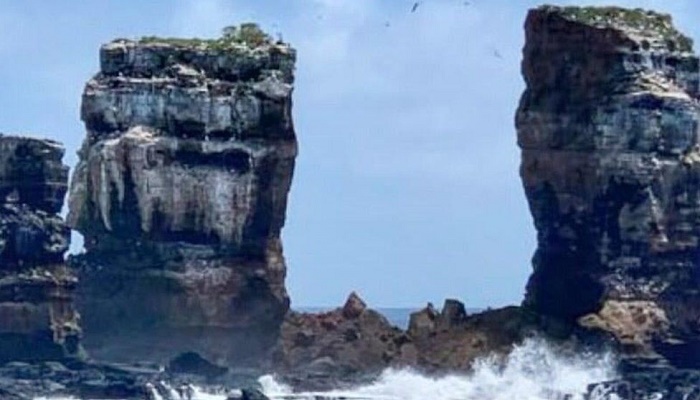 A famous rock formation off the Galapagos Islands known as Darwin's Arch has collapsed.

The Ecuadoran Ministry of Environment said it was due to "natural erosion".

"The collapse of Darwin's Arch, the attractive natural bridge found less than a kilometre from the main area of Darwin Island, was reported," the ministry said.

The formation, named after the English biologist Charles Darwin, is considered a top diving location.

The Galapagos Islands, 563 miles (906km) west of continental Ecuador, are a Unesco World Heritage site renowned worldwide for their unique array of plants and wildlife.

The archipelago is made up of 234 islands, inlets and rocks. Four of them are home to some 30,000 people.

Tourists across the globe travel there to see the islands' biodiversity, which inspired Darwin's theory of evolution.