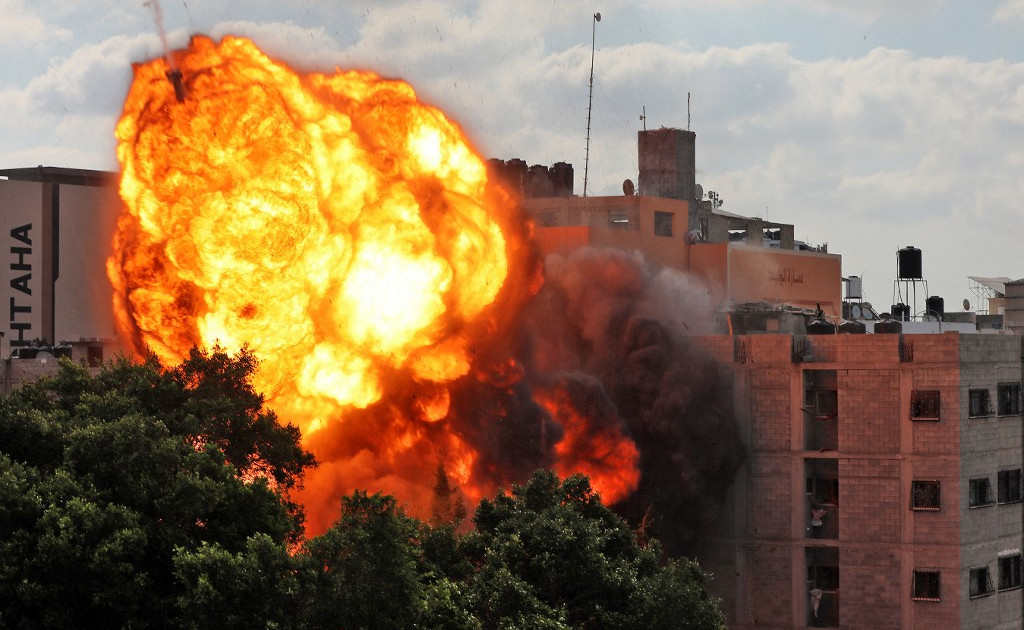 The Israeli military launched another series of air raids on the Gaza Strip early on Monday, hours after its caretaker Prime Minister Benjamin Netanyahu said the attacks on the Palestinian enclave would rage on, Aljazeera reports.

Explosions rocked Gaza City from north to south in a bombardment that was heavier, wider and lasted longer than the air raids that killed at least 42 Palestinians and wounded dozens more on Sunday. One Palestinian was reported injured.

At least 212 people, including 61 children, have been killed in Gaza since the latest violence began a week ago. Some 1,500 Palestinians were also wounded.

Earlier, Hamas, the group that governs the Palestinian territory, fired rockets towards the Israeli cities of Ashkelon and Beersheba.

Israel has reported 10 dead in the past week, including two children.