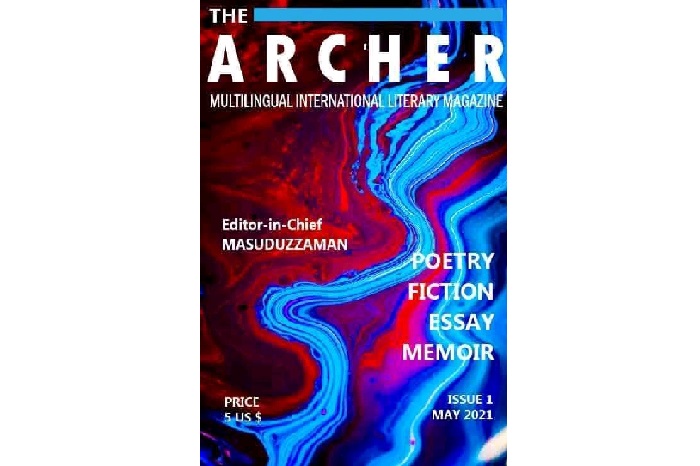 The first ever multilingual international magazine "The Archer" has launched journey in a bid to bring literary works of all languages under a single umbrella and create heterogeneous cultural fraternity.

The monthly magazine is a digital one equipped with flipbook technology.

Paged 208, the inaugural issue contains the works of 51 writers from 35 countries in the world. It bears 43 poems, five short stories, one memoir and two essays with English translated version each.

Speaking on the occasion, Selina Hossain says, “This sort of magazine will represent Bangladeshi literature and culture in the global literary scene.”

“The magazine will have good prospect if it maintains global standards and regularity in publication,” said Kamal Chowdhury.

The chief editor, poet and translator Masuduzzaman said that The Archer is the first ever multilingual international literary magazine in Bangladesh. He vowed to employ all-out efforts to take the magazine to new heights.

Eminent writer and columnist Dr. Rashid Askari hosted the virtual launching programme and outlined the aims and objectives of the magazine.

“The aim of this magazine is to showcase the works of writers, poets, essayists and translators of different languages and countries in the world. It will juxtapose the works of Bangladeshi writers and the international writers with a view to creating a confluence of myriad literary and cultural factors," he said.

About significance of the magazine, he said it will, on the one hand, represent Bangladeshi literature overseas and promote the way of building bridges between countries through literary and cultural exchanges on the other.