China’s repression of Uyghurs is not only cultural, but also physical, a new report shows 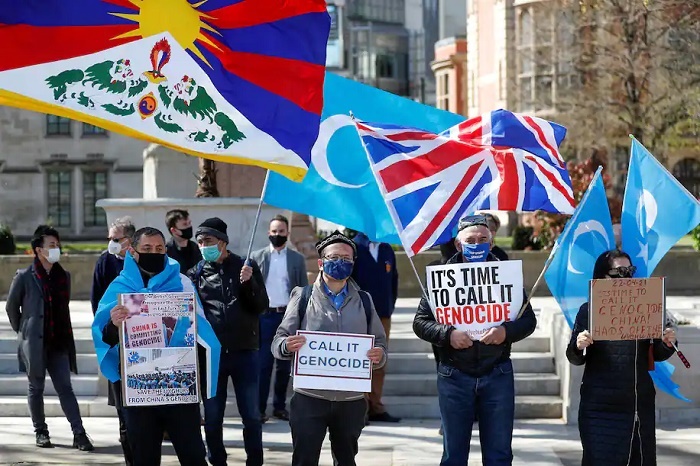 AFTER THE Holocaust, the U.N. General Assembly, meeting in Paris on Dec. 9, 1948, approved the Convention on the Prevention and Punishment of the Crime of Genocide. It defined genocide as, among other things, “imposing measures intended to prevent births” within a population and said genocide is a crime under international law, whether in peace or war, to be prevented and punished. The promise was “never again.”

But it is happening again in China, a signatory to the treaty, as part of China’s crackdown since 2016 on ethnic minority Uyghurs and other Turkic Muslims in the Xinjiang region in the far northwest. At first, reports suggested that China was brainwashing the Uyghurs and others, who were forced into concentration camps and coerced to drop their language and traditions. China claimed the camps were for vocational education, but eyewitnesses described an archipelago of austere penitentiaries and brutal reeducation routines intended to wipe out the Uyghur identity and culture.

Evidence is emerging that China’s repression is not only cultural but also physical. In a report last year by researcher Adrian Zenz for the Jamestown Foundation, and in a new report this month by Nathan Ruser and James Leibold for the Australian Strategic Policy Institute, both based on China’s own government data, a precipitous drop in Uyghur birthrates is evident in areas of southern Xinjiang. This appears to be the result of a drive by China at mass sterilization, coerced birth control and punitive family policies. Mr. Zenz showed how Uyghur birthrates had soared in the years before the crackdown, then nosedived. He reported that Uyghurs before 2015 commonly exceeded state limits on the number of children, resulting only in fines, but policies changed drastically starting in 2017, with widespread punishments for those who broke the limits.

The new report echoes Mr. Zenz. It found China put in place “a more coercive and intrusive policing of reproduction processes” against the Uyghurs, with hefty fines, disciplinary punishment and extrajudicial internment or the threat of it for any “illegal births.” As a result, it says, in areas where Uyghurs are concentrated, birthrates plunged on average by 43.7 percent between 2017 and 2018. The authors say that, overall, Uyghurs have suffered “proportionally the most extreme” birthrate decline over a two-year period globally since 1950. Despite differences, they add, “this decline in birth-rate is more than double the rate of decline in Cambodia at the height of the Khmer Rouge genocide (1975-79).”

In 2020 in Maralbeshi County, which is 94 percent Uyghur, the government set a birthrate target of 4.15 per 1,000 people, down from 51.53 in 2017. That target is less than half of China’s national birthrate of 10.48 per 1,000 in 2019. Ironically, this crushing blow against the Uyghur population came as China faces a nationwide demographic crisis and has begun to ease restrictions on births by Han families.

All the multinational companies supporting China’s 2022 Winter Olympics — Airbnb, Bridgestone, Intel, Coca-Cola, P&G, Samsung, Toyota, Visa, Panasonic and others — should take note. Either you believe in “never again,” or you contribute to “once again.”