Torlonia marbles: 'The priceless statues I saw covered in dust and dirt' 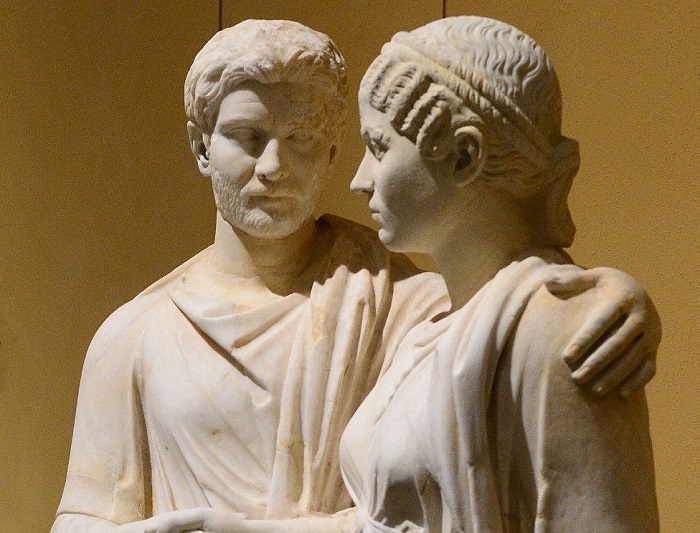 One of the world's most important collections of marble busts and statues from ancient Greece and Rome is on public view in the Italian capital for the first time since World War Two. The BBC's David Willey is one of very few people who had seen them before.

The first time I saw the amazing Torlonia Marbles was more than 40 years ago. They were crammed higgledy-piggledy into a series of ill-lit strong rooms behind steel doors, and covered in dust, grime and rat droppings. It was a real shock to glimpse valuable and famous works of art in such a sorry, dirty, abandoned state.

I was living at the time in an apartment inside the former Torlonia Museum and I noticed a big steel door on my staircase. I asked the building superintendent what lay behind the door, and one day, after much insisting, he gave in and I was allowed a glimpse. "The prince would never allow anyone inside," he whispered.

The marbles had been put on restricted display in the mid-19th Century, but at the beginning of the war they had been moved to this safer place.

The conversion of the museum into flats for rent had been done totally illegally. But no-one seemed to mind. Our building near the river Tiber was one of several palaces in Rome owned by the princely Torlonia family.

Rome's nobility all officially lost their titles when Italy assumed a republican constitution in 1948, but resoundingly titled families - some of them claiming bloodlines leading back to the Middle Ages and, hard as it is to believe, even as far back as imperial Rome - seemed immune to normal rules.

From Our Own Correspondent has insight and analysis from BBC journalists, correspondents and writers from around the world
Listen on iPlayer, get the podcast or listen on the BBC World Service, or on Radio 4 on Saturdays at 11:30 BST
My flat was in fact one of 90 mini-apartments built around a garden courtyard full of orange trees which perfumed the place with sweet fragrances at blossom time in the spring. The museum had been created out of what was originally a grain warehouse.

The Torlonias are relative newcomers to Italy. The family, French in origin - the name was originally Tourlonais - arrived here shortly before Napoleon invaded the country and carted the Pope and many of his Vatican art treasures off to temporary exile in France. The first prince made a fortune first as a fashionable textile merchant and subsequently as principal banker to the Vatican, and he purchased rather than earned his titles.

I never thought I would see the famous collection of statues restored. At one point former Prime Minister Silvio Berlusconi attempted to purchase the entire collection and present them to the Italian nation, but the deal never came to anything. The astonishingly lifelike white marble statues and portraits remained locked away in dusty obscurity throughout my stay in the former museum.