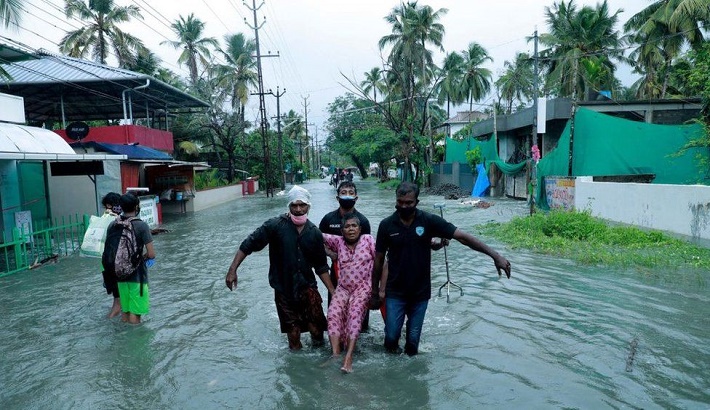 India's western state of Gujarat is braced for cyclone Tauktae, reported to be the strongest storm to hit the region since 1998.

At least six were killed and thousands evacuated in the last two days amid heavy rains accompanying the storm.

The meteorological department said the storm has now intensified into an "extremely severe cyclonic storm".

The cyclone comes amid a devastating second Covid wave which has overwhelmed India's healthcare system.

The storm is expected to make landfall in Gujarat on Monday night with wind speeds of up to 160km/h (99mph). Both Gujarat and its neighbouring state Maharashtra are on high alert amid forecasts of heavy rains and wind.

More than 150,000 people in low-lying areas of the state have already been moved to shelters, sparking fears of possible new outbreaks in coming weeks. And the federal government has also ordered the vaccine drive to be halted in several coastal towns believed to be at risk.

The storm also adds to the challenge facing India's hospitals and Covid centres - Maharashtra's capital Mumbai, for instance, which is on the coast and on high alert, has already moved 580 Covid positive patients from dedicated centres to civic hospitals as a precaution.