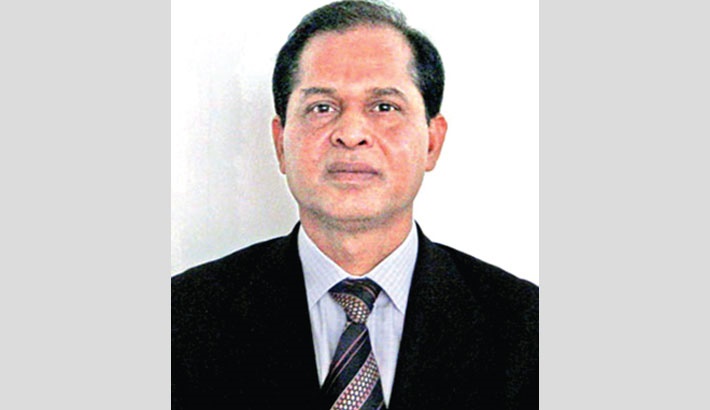 In a biography of Mrs. Indira Gandhi, the writer Pupul Jayakar wrote, “I entered the hospital by a side entrance and was allowed up to the ante room next to the operation theatre, to find Sonia alone. She was in a state of extreme shock. Terrified for children, memories of the massacre of Mujib and his family including Russel, Mujib’s son, a boy of Rahul’s age, might have arisen within her.” The Prime Minister of India, Mrs. Indira Gandhi, was taken to the hospital on the morning of 31 October 1984, when two of her Sikh security guards, Beant Singh and Satwant Singh, shot her when she was entering her personal office at Akbar Road. Her daughter-in-law Sonia Gandhi accompanied her wounded mother-in-law to the hospital. At the end, Indira Gandhi embraced her death at two o'clock in the afternoon, thwarting the relentless efforts of the doctors to save her.

It may be recalled that in a secret meeting held at the PM's office a few days after Operation Blue Star in June of that year, it was decided not to appoint any Sikh security guard at the PM's office or residence, but Prime Minister Indira Gandhi returned that file without signing it showing respect for the word 'secular' which has been well defined in the Indian Constitution. In fact, she never thought that her security guards would kill her.

At that time her son, Rajiv Gandhi, was on a tour to West Bengal with Mr. Pranab Mukherjee. Rajiv returned to Delhi at 3:30 pm from Kolkata after receiving the news from the BBC. Indian President Mr. Zail Singh, who was on a foreign tour, also returned to Delhi at 5 pm. The slogans of revenge were shaking the air of Delhi. The situation seemed to become dire at any time. Therefore, considering the political situation in the country, Rajiv Gandhi had to take oath as the Prime Minister of India in a mournful atmosphere that evening.

The head of Indian intelligence agency ‘RAW’ R. N. Kao briefed Mrs. Indira Gandhi that he had information from 1974 onwards about plots in Bangladesh Army against Bangabandhu. Mrs. Gandhi sent him to Dhaka to inform Bangabandhu. But the Father of the Nation said, “Nothing can happen to me. They are my people.” Even, in March 1975, when Mrs. Gandhi informed Bangabandhu that plot against him was being organised within the Artillery, he refused to believe that also. But the tragedy was that it had happened. Before the dawn on 15 August 1975, Father of the Nation Bangabandhu Sheikh Mujibur Rahman and other members of his family were brutally assassinated by some members of the army. That day, there was no one to take them even to the hospital. The ruthless hard-hearted sinners did not give anyone that opportunity. Though Rajiv Gandhi was able to take charge of the Prime Minister of India in her mother’s place, but it was completely a different scenario in case of Bangabandhu, where all members of his family were killed except his two daughters who were staying abroad.

At that moment, Sheikh Hasina, her family and Sheikh Rehana were in Brussels at the residence of Bangladesh Ambassador Mr. Sanaul Haq as his guests. Ambassador Haq came to know the news of Bangabandhu’s assassination at the early morning of 15 August and he did not take time to become cruel to them. He asked them to leave his residence immediately, whereas he was supposed to console the grieved daughters of Bangabandhu who had sent him as Ambassador. In fact, the ungrateful envoy did not want to understand their mental situation.

Where they would find a safe shelter? Who would come forward to give them shelter in a foreign land? Everyone was scared. No one wanted to get into anger with those killers or their patrons. Even after losing their beloved ones, they were not at all safe abroad. No one could have guessed how sharp the killers' claws were. People, who just a few days ago had to wait for a glimpse of them or to shake hands, also started behaving like strangers. In that situation, Mr. Humayun Rashid Chowdhury, who was then the Ambassador of Bangladesh to West Germany, came forward to stand beside them. He sent transport to Belgium border to pick them up and arranged their stay at his residence once they arrived there in the afternoon of 15 August.

The then Foreign Minister Dr. Kamal Hossain arrived in West Germany in the same afternoon ending his Belgrade tour. He was scheduled to go to Turkey, but he had to cancel that programme in view of the changing situation in Bangladesh. He planned to go to London and for that, he had to spend the 15th night at Ambassador Humayun Rashid Chowdhury’s residence, where Sheikh Hasina and her family were staying also. Ambassador Chowdhury organised a press conference in the evening of 15 August and when Dr. Kamal Hossain was approached to make a statement about Bangabandhu’s killing, he refused to talk to the journalists. Even, he did not agree to extend any kind of help to the daughters of Bangabandhu. Dr. Kamal, like Ambassador Sanaul Haq, repeated the same treatment to them. That was an inhuman and unkind behaviour! However, the fallacy was that Dr. Kamal could no longer remain in his chair, as on 20 August, Khondakar Mustaque’s government made Justice Abu Sayeed Chowdhury the new Foreign Minister of Bangladesh.

The political situation of Bangladesh was not conducive to Sheikh Hasina and Shiekh Rehana’s return home. The chances of seeing the bodies of their father, mother, brothers, and other relatives who had been brutally killed were also very slim. There was no way to return. Would General Zia's military government allow them to enter the country? On the other hand, fear and panic were all around. If the same thing happens again in their case when they return to the country! There is no one to stand by or protect them. On whose assurance will they return to Bangladesh? Many of the politicians had already fled the country to seek refuge in other countries. They were passing their days in a difficult uncertainty. So, despite their willingness, they could not even think of returning to the country.

We know that Sheikh Hasina's husband Dr. M A Wazed Miah was studying on a fellowship in West Germany. Therefore, Ambassador Chowdhury was trying his best to arrange asylum for them there. As it would take longer time for asylum procedure in West Germany, he thought of India as an alternative asylum destination. Finally, he was able to talk to Mrs. Indira Gandhi, the Prime Minister of India on this issue. Mrs. Gandhi, in no time, agreed to give them asylum in India. She also sent necessary instructions to the Indian Ambassador in West Germany. Accordingly, Sheikh Hasina and her family moved to New Delhi on 21 August 1975.

Indian police, in white clothes, were in charge of their security. Though Dr. Wazed Miah became engaged in research work in the Atomic Energy Commission of India, Sheikh Hasina stayed at home. The heart-breaking event of 15 August was haunting her all the time. However, Awami League leaders used to visit her house in Delhi, either to meet her or persuade her to take over the leadership of the party. It is to be noted that Awami League was in a very feeble position organisationally for few years after 1975 due to the absence of senior leaders or the inaction of those who were there. By that time, the anti-independence forces had risen to prominence under the overall patronage of the military government. War criminals were rehabilitated with state favours. The spirit and tradition of the liberation war was rolling in the dust. The misrule of militarism had been established by erasing democracy from the life of Bengali people. Awami League was not in a position to stand against those.

Sheikh Hasina did not seem to have any idea of getting involved in active politics in such a way, taking the helm of the Awami League or becoming the Prime Minister of the country. Even, if she was given asylum in West Germany and stayed there, it might not be so easy for the Awami leaders to visit her as they had done due to her stay in New Delhi. We do not know whether Mrs. Gandhi, besides the security perspective, had also thought of that possibility and brought them to India. Whatever the case was, there is no doubt that Sheikh Hasina’s stay in India created the opportunity and eased as well as expedited her joining active politics and holding the steering of Bangladesh Awami League.

In fact, it was a crucial time for Awami League, which was trying to get organised and gain strength. If democracy was to be re-established in the country, then the party needed to be organised and strengthened. And it required a leadership that everyone in the team would accept in one voice. Considering the pros and cons, the leaders thought of Sheikh Hasina, the eldest daughter of Bangabandhu, to lead the Awami League. But she was abroad, in India. Nobody could assure whether she would be able to return to Bangladesh. Besides, the mental anguish and fear with which she had been spending her days, many doubted whether she would agree at all to join politics or take over the leadership of the party. However, communication and discussions with her was continuing. Finally, in the interest of the party and the country, and to restore the democratic rights of the people, she agreed to take the leadership of Awami League. On 16 February 1981, Sheikh Hasina was unanimously elected as the President of Bangladesh Awami League. A few months later, after overcoming all obstacles, she was able to return home on 17 May 1981 from Delhi.

We know that on 30 May of that year, President General Zia was killed in a military coup while staying at the Chittagong Circuit House. Justice Abdus Sattar took over as President. Military rule was imposed in the country under the leadership of General Ershad. Sheikh Hasina, by that time, had already taken over the presidency of Bangladesh Awami League, the largest political party in Bangladesh. As politic exists in her veins and arteries, so it did not take time to test her eligibility for shouldering the responsibilities of Awami League. She, from the very beginning, started moving forward to organise Awami League and bring it back to its previous position. Forgetting day and night, even her own comfort, she got busy with the party. All her love was in the Awami League. This is an organisation created by her father, which was a tool to establish the rights of the common people of this country, the independence of Bangladesh. Sheikh Hasina is still holding the helm of Awami League to build the ‘Golden Bangla’ as dreamt by her father Bangabandhu Sheikh Mujibur Rahman and for all her works, she gets the strength from all the pains and sorrows of losing her beloved ones. Days will come and days will go, but our works will remain, written or unwritten, as a part of our history. Long live Sheikh Hasina!

The writer is a former Secretary and Ambassador.