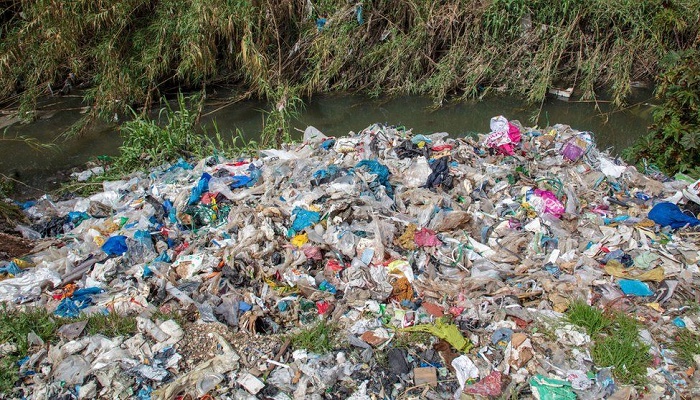 UK plastic waste is being exported to Turkey and then illegally dumped and burned, according to a new report.

But rather than being recycled, investigators saw some of it dumped by roads, in fields and in waterways.

The UK is a "global leader in tackling plastic pollution", the government said - after Greenpeace called for it to "take control" of the problem.

The charity said it had investigated 10 sites across southern Turkey and found plastic bags and packaging from UK supermarkets and retailers at all of them.

Packaging for a coronavirus antigen test was also found, indicating the waste was less than a year old, the report said.

The UK generates more plastic waste per person than any other country apart from the US, the report added.

Turkey, Malaysia and Poland received the largest amounts of plastic waste exports from the UK in 2020.

Nihan Temiz Atas, biodiversity projects lead from Greenpeace Mediterranean, based in Turkey, said: "Around 241 truckloads of plastic waste come to Turkey every day from across Europe and it overwhelms us.

"As far as we can see from the data and the field, we continue to be Europe's largest plastic waste dump."

Nina Schrank, senior plastics campaigner at Greenpeace UK, said the crux of the problem was overproduction and urged the government to ban plastic waste exports and reducing single-use plastic by 50% by 2025.

The UK's Department for Environment, Food and Rural Affairs said: "We are clear that the UK should handle more of its waste at home, and that's why we are committed to banning the export of plastic waste to non-OECD countries and clamping down on illegal waste exports - including to countries such as Turkey - through tougher controls.

"The UK is a global leader in tackling plastic pollution and our proposals for extended producer responsibility for packaging, a plastic packaging tax and mandatory electronic waste tracking will boost recycling rates, reduce waste and cut crime."

Last year, Malaysia's environment minister said the government had sent back 150 shipping containers of illegally imported plastic waste to their country of origin - 42 of which belonged to the UK.

Yeo Bee Yin said the move was to ensure the South East Asia nation did not become "the garbage dump of the world".