Sheikh Hasina’s homecoming is a milestone of country’s democracy: President 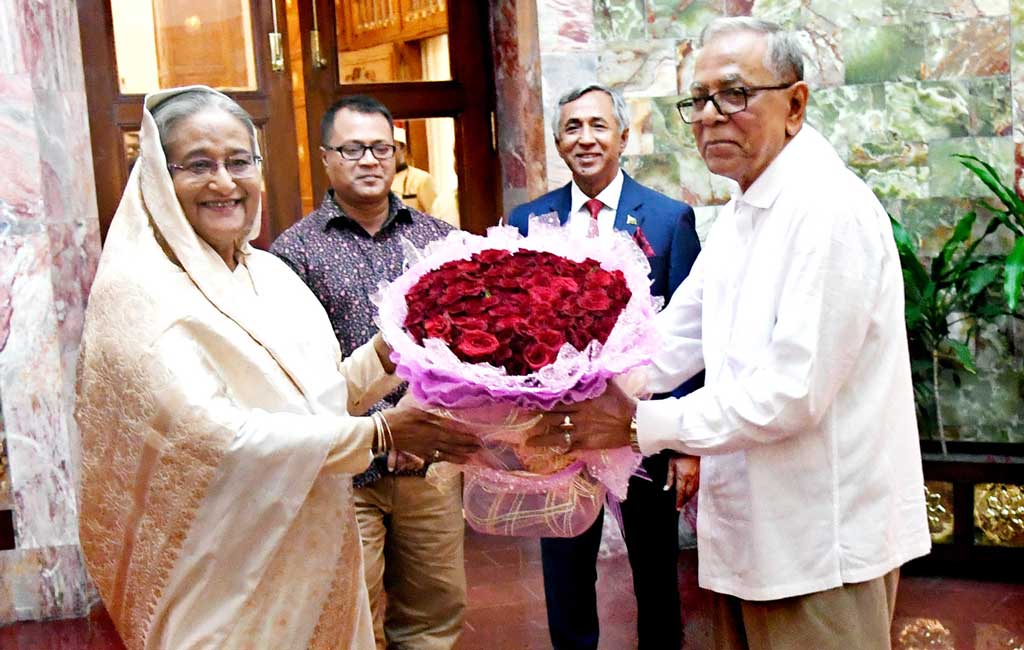 President Md Abdul Hamid on Sunday said the homecoming of Awami League President Sheikh Hasina is a milestone of the country’s democracy.

“Her (Hasina’s) historic home return paved the way to establish the spirit of liberation war, the values of independence and democracy here,” he said in a message issued on the occasion of the 41th homecoming day of Sheikh Hasina.

Abdul Hamid said upon returning home, Sheikh Hasina started a movement to recover the country’s democracy and following it, the autocratic government fall through the 1990 mass movement and the democracy got triumph.

He said Awami League achieved a landslide victory in the 12 June general election in 1996 and it formed the government under the leadership of Sheikh Hasina.

That time, the President said, the Chittagong Hill Tracts Peace Accord was signed to resolve the long-standing conflicts between the hill dwellers and Bangalees, while the Ganges Water Sharing Agreement was inked between Bangladesh and India.

He said the 14-party alliance assumed power under the leadership of Sheikh Hasina through the 29 December general elections in 2008 and took various programmes for the welfare of the people, while the judgment of Bangabandhu killing case was implemented.

After the general elections on December 30 in 2018, the 14-party alliance assumed power for their consecutive times and since then, it is running the government successfully, he said.

Despite having various obstacles, the President said, Bangladesh is moving forward under the bold and visionary leadership of Prime Minister Sheikh Hasina.

He said the whole world is now in a deep crisis due to coronavirus pandemic, while the leadership of Sheikh Hasina in dealing with COVID-19 in Bangladesh is being lauded around the world.

Abdul Hamid said although the world economy is badly affected due to coronavirus pandemic, the Bangladesh’s economic growth continues because of timely and courageous initiatives of Prime Minister Sheikh Hasina.

He greeted AL President and Prime Minister Sheikh Hasina on her 41th homecoming day (May 17).