China Claims to Be Developing a ‘Magnetized Plasma Artillery’ Gun 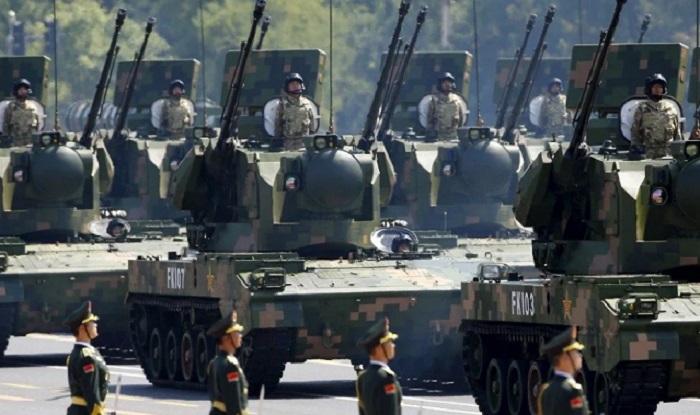 Here's What You Need to Know: Chinese military analyst Wei Dongxu told Global Times that the new technology “would extend the range of a conventional 155-millimeter self-propelled howitzer from 30 to 50 kilometers [19 to 31 miles] to 100 kilometers [62 miles]. The plasma layer might also reduce friction between the barrel and rounds, making the weapon more accurate.”

The Chinese military recently published a notice inviting researchers to devise a weapon that sounds like a sort of electromagnetic rail gun—which uses magnetism instead of gunpowder to fire shells—that several nations are developing. But actually deploying railguns has been hampered by the size of the weapon and especially the vast amount of electrical energy needed to propel a shell to speeds of greater than Mach 7. For example, despite years of research and vast sums of money, the U.S. Navy appears less than optimistic about fitting railguns on its warships.

But Chinese scientists believe that magnetized plasma artillery will be so light and energy-efficient that it can be mounted on tanks.

“The notice invites tenders for a theory-testing and a launch system for magnetized plasma artillery,” said China’s state-owned Global Times. “Although the weapon sounds as if it comes from a sci-fi movie, it will probably not shoot high-energy plasma but ultra-high velocity cannon shells.”

But how exactly does magnetized plasma artillery work? Global Times helpfully noted that a Chinese-approved patent is available on Google Patents. Here is the text of the patent:

In other words, the magnetized plasma layer protects the gun barrel from wear and heat, and allow the projectile to achieve a higher launch velocity.

Chinese military analyst Wei Dongxu told Global Times that the new technology “would extend the range of a conventional 155-millimeter self-propelled howitzer from 30 to 50 kilometers [19 to 31 miles] to 100 kilometers [62 miles]. The plasma layer might also reduce friction between the barrel and rounds, making the weapon more accurate.”

Dennis Killinger, a professor emeritus of physics at the University of South Florida, called the idea “intriguing.” “The idea seems possible,” he told the National Interest. “My main question is what is the lifetime of the plasma and is it sufficient during the launch time inside the barrel.”

It is also a different approach than a railgun. “I don’t think that you can think of it as an offshoot of the classic railgun technique since the railgun is more a linear motor (moving mag field) approach using a fixed stator (i.e., bullet) similar to the linear accelerators used for the newer roller coasters. This new, patented technique uses a plasma which interacts with the magnetic field and serves as a liner for the barrel.”

Michael Peck is a contributing writer for the National Interest. He can be found on Twitter and Facebook.