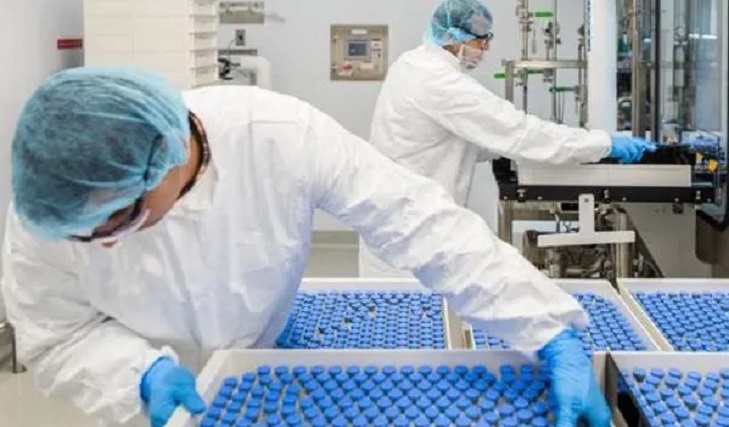 Brazil has stopped production of Sinovac vaccine as China is reportedly not sending ingredients due to "diplomatic ill-will" over criticism of China.

Brazil has run out of raw materials to produce Sinovac Biotech Ltd's Covid-19 vaccine as a supply shipment has been held up in Chinese export clearance, authorities in the state of Sao Paulo said, reported a UK-based news agency.

Sao Paulo governor Joao Doria blamed the delay -- the second China export clearance to hit production this year -- on "diplomatic ill-will" and said the federal government should apologise to Beijing for its harsh criticism of China, reported The Standard.

Beijing-based Sinovac sends the vaccine's active ingredient to Brazil for the Butantan biomedical center, which is backed by the Sao Paulo state government, to fill and finish in vaccine vials.

Butantan Director Dimas Covas told a press briefing on Wednesday (local time) that China would not clear a cargo of active ingredients for shipment to Brazil by May 13, as previously expected. Covas said there was no clear date for when Chinese authorities would approve the shipment.

Butantan will deliver one million doses to the Health Ministry on Friday and after that will need to halt production due to the lack of raw materials, Doria said.

President Jair Bolsonaro's office did not immediately reply to a request for comment. The Chinese Embassy in Brasilia declined to comment, reported The Standard.

The right-wing Bolsonaro has periodically criticized China since campaigning for the presidency in 2018, using rhetoric similar to former US President Donald Trump.

Brazilian lawmakers have strongly criticized Bolsonaro's administration for its handling of the pandemic, including alleged missteps in acquiring vaccines. A special Senate committee is conducting a probe into the pandemic response.

Critics say missteps include failing to secure vaccines from Pfizer earlier. Sources told UK-based agency that former Health Ministry Eduardo Pazuello, who stepped down in March, saw no need for the Pfizer vaccine because he believed Brazil could rely on Sinovac and AstraZeneca vaccines alone, reported The Standard.

Pazuello and the Health Ministry did not respond to requests for comment. (ANI)