India’s NIA takes over probe into seizure of AK-47s, ammo from SL boat 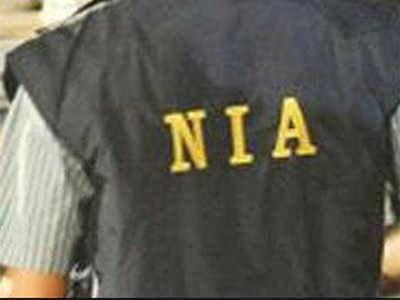 The NIA has taken over the probe into the seizure of AK-47 rifles and ammunition along with Rs 3,000 crore worth of heroin from a Sri Lankan vessel on March 25.

The agency has registered an FIR against six Sri Lankan nationals. NIA sources said the agency will be probing the recovery of rifles and ammunition while the  seizure of heroin will be probed by the Narcotics Control Bureau (NCB).

“After the seizure of 301kg of heroin from the boat, Ravihansi, NCB had started a probe. They later reported to the state police regarding the recovery of five AK-47 rifles and 1,000 9mm bullets from the boat. Based on this, Kerala Police filed an FIR at Vizhinjam station on April 5. As the case has international ramifications and is of serious nature, NIA decided to take over the probe. An FIR has been submitted at the NIA court in Kochi,” a source said.

The accused persons in the case are Sri Lankan nationals -- L Y Nandana, 46, of Nakulugamuwa; H K G B  Janakadassppriya, 42, of Nakulugamuwa; A H S Mendis Gunasekara, 33, of  Dondanduwa; Thilanka Madushan Ransingha, 29, of Dondanduwa; and Dadallage  Nisanka, 40, of Rathgama. The case has been registered under Section 7 of the Arms Act for possession and acquisition of prohibited arms and  ammunition. NIA Inspector Ebinson Franco is probing the case.

“The seized AK-47 rifles and ammunition will be received from Kerala Police  soon. The boat is currently at Vizhinjam Coastal police station. We have not yet produced the accused persons before the court. We have to take  them into custody for interrogation. Due to Covid-19, the initial procedures are facing a delay. Once the NIA court opens after lockdown, we will a file petition for the production of the accused persons and later  their custody will be sought,” an official said.

The boat was intercepted by the Indian Coast Guard around 225 kilometres off  Vizhinjam coast.

The heroin was found concealed inside the water tank of the vessel in 301 packets bearing the image of a flying horse, a common  branding practice of drug trafficking syndicates. During interrogation,  the arrested persons revealed that an unknown vessel carried the consignment from  Chabahar Port in Iran, and handed over the same to Sri Lankan fishing boat Ravihansi in the high seas near Lakshadweep.