Death toll from Israeli attacks on Gaza rises to 149 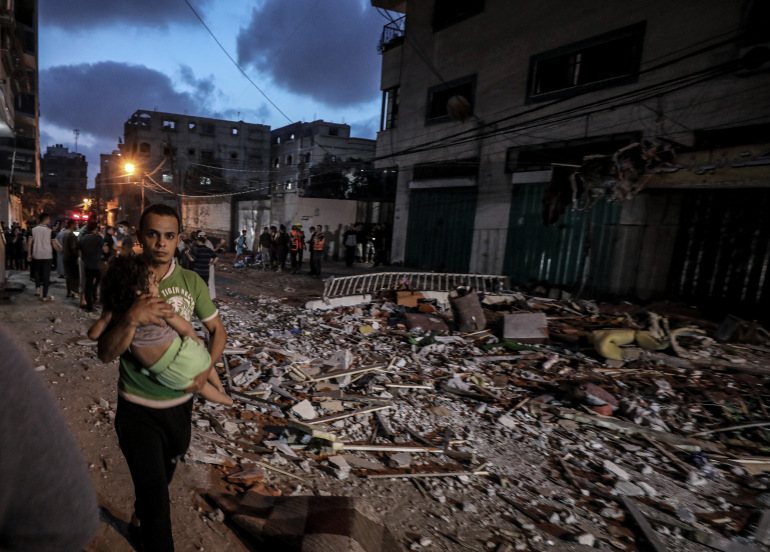 Israel’s bombardment of the Gaza Strip has entered its seventh consecutive day, with air raids in the early hours of Sunday killing at least four Palestinians, wounding dozens more and flattening at least two residential buildings.

At least 149 Palestinians, including 41 children, have been killed in the Gaza Strip in the past week. Some 950 others have been wounded.

The home of Gaza’s Hamas chief, Yehya al-Sinwar, was also targeted, according to the group’s TV.

The escalation comes hours after Israeli missiles hit a refugee camp, killing at least 10 Palestinians, including eight children – and brought down a high-rise building housing the offices of media organisations, including Al Jazeera.

In a televised speech late on Saturday, Israeli Prime Minister Benjamin Netanyahu pledged to continue the offensive on Gaza for “as long as necessary”, while Hamas leader Ismail Haniya said “the resistance will not give in”.

In the occupied West Bank, Israeli forces have killed at least 13 Palestinians.

At least 10 people in Israel have also been killed, with two new deaths reported on Saturday. The Israeli army said hundreds of rockets have been fired from Gaza towards various locations in Israel and they have added reinforcements near the enclave.

The United Nations Security Council is due to meet later on Sunday to discuss the worst outbreak of violence in years in Palestine and Israel.