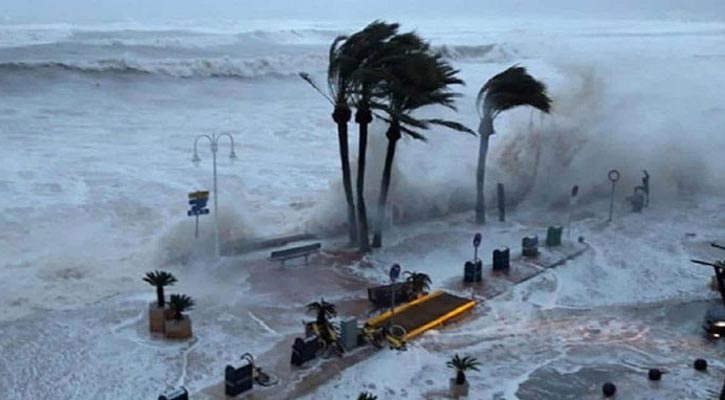 Two people died in Kerala on Sunday as a result of heavy rains accompanying storm due to Cyclone Tauktae.

The two deaths were reported from Ernakulam and Kozhikode districts of the state.

However, four people were killed and 73 villages destroyed in six districts of Karnataka due to Cyclone Tauktae, according to state disaster management authority on Sunday.

Out of these six districts, three are coastal and three belong to the hilly region of the state in Western Ghats, the KSDMA further said.

Indian Meteorological Department (IMD) said that Cyclone Tauktae is likely to intensify into a very severe cyclonic storm and will cross the Gujarat coast in the morning of May 18.

The IMD has issued an ‘orange alert’ which means heavy to very heavy rainfall is likely over entire Konkan and hilly areas of western Maharashtra, mainly Kolhapur and Satara on Sunday and Monday, she said.

The cyclone is likely to cause heavy rainfall in the coastal districts of Gujarat, including extremely heavy falls in Junagadh and Gir Somnath and heavy to very heavy rain at a few places in the districts of Saurashtra, Kutch and Diu, namely Gir Somnath, Diu, Junagadh, Porbandar, Devbhoomi Dwarka, Amreli, Rajkot, Jamnagar, the IMD said.

“Cyclone Tauktae is very likely to intensify further into a Very Severe Cyclonic Storm during next 12 hours and intensify further. It is very likely to move north-northwestwards and reach Gujarat coast in the morning of 18th and cross Gujarat coast between Porbandar and Naliya around 18th May Afternoon / evening,” the IMD said in a tweet on Sunday.