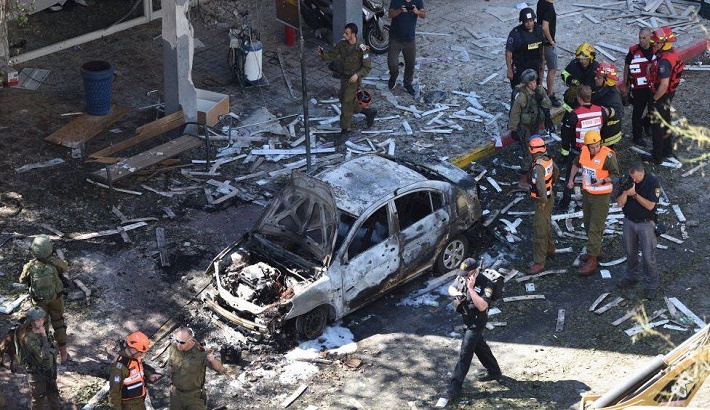 Israeli Prime Minister Benjamin Netanyahu has vowed to "continue to respond forcefully" to rocket attacks as conflict with Palestinians in Gaza enters a seventh day.

The international community has called for an end to the escalating conflict.

On Saturday, US President Joe Biden phoned Mr Netanyahu and Palestinian President Mahmoud Abbas to express concern about the situation.

A UN Security Council meeting is set to take place later on Sunday.

Since the fighting began on Monday at least 148 people have been killed in Gaza, according to Palestinian officials, and Israel has reported 10 dead, including two children. Israel says dozens of militants are among the dead in Gaza, while Palestinian health officials say its death toll includes 41 children.