China’s border control to be known as Covid firewall. 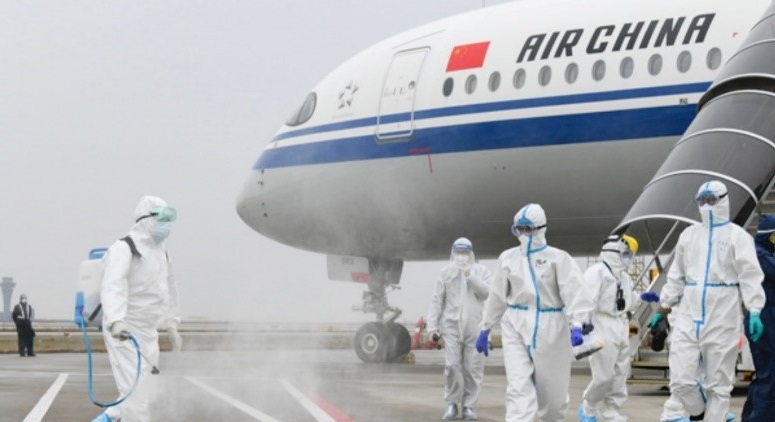 The measures were hastily put in place before the summer of 2020 to fence in all provinces and cities to keep out the novel coronavirus after the nation largely banished the pandemic after it first emerged in the city of Wuhan.

Now China’s firewall has become nearly impregnable and is being strengthened as the West edges towards loosening its entry requirements as case loads fall amid vaccination campaigns.

The different approaches of China and the West are plain to see as Chinese ministries responsible for health and border protection have scrambled to send updated directives to border cities, airports and checkpoints that aim to beef up the country’s defenses against so-called “backflows.”

Meanwhile, in the West there is widespread optimism about travel bubbles, vaccine passports and mutual recognition of tests and inoculations for transatlantic travel and exchanges now that the focus of the global contagion has shifted back to Asia, particularly India.

In comparison, Beijing is taking its time before opening up to long-haul travel. Its economy has regained much of its footing, registering 18.3% year-on-year growth in the first quarter and with key metrics surging back to near pre-Covid levels — even though its borders remain tightly sealed and foreign arrivals have been vastly curtailed.

Chinese Ambassador to Bangladesh Li Jiming said Bangladesh should not join the “Quad” as the action will damage the relation shared between two countries.

ET has learnt that the remarks did not go down well in the Bangladesh establishment. Bangladesh as a sovereign country makes its own independent decision and there is surprise over comments made by the Chinese envoy, a Dhaka-based source told ET.

Reacting to Chinese demands Bangladesh Foreign Minister AK Abdul Momen told local English daily Dhaka Post, ‘It is absurd to answer these questions. It’s up to us whether we do it or not. And none of us were invited to the quad, nor did we show interest; None of us told. They (China) can only give their opinion as an independent and sovereign state.”

Asked if the government would respond to any remarks made by the Beijing envoy, Momen said, “We do not want to talk about these. We will follow our diplomatic policy. We do not usually welcome these provocative statements.”

The Chinese ambassador said Quad was a “narrow-purposed” geopolitical clique, and Bangladesh should not join it, since it will not derive any benefit from it.

The Chinese ambassador was speaking at a programme with the members of Diplomatic Correspondents Association, Bangladesh (DCAB) held virtually.