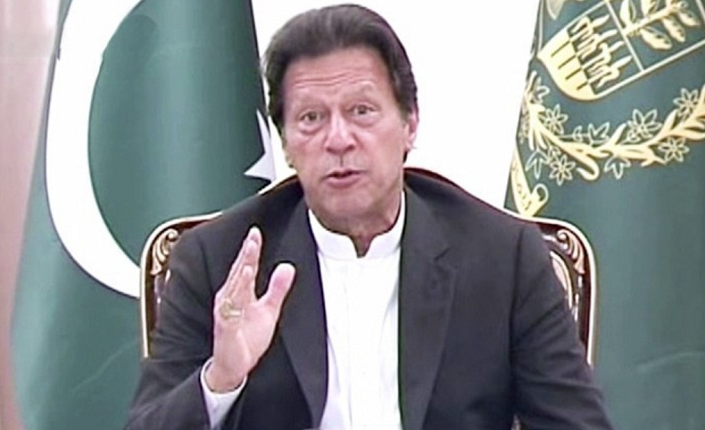 Pakistani Prime Minister Imran Khan on Tuesday walked back his criticism of the performance of the foreign service officers, saying they are doing a great job.

Speaking at a programme ‘Apka Wazeer-i-Azam Apke Saath’ during which he takes telephone calls of citizens, Mr Khan said: “The foreign service has done a wonderful job as far as diplomacy is concerned. They advocated Kashmir cause very well.”

Mr Khan had last Wednesday in a video conference with Pakistani envoys lashed out at the foreign service officers for not serving the expatriate community well and harbouring colonial mindset.

His remarks had followed the suspension of former ambassador to Saudi Arabia Raja Ali Ejaz and recall of six diplomats from the embassy in Riyadh over community complaints.

The prime minister’s comments roiled the foreign service officers, who conveyed their anger to the government through different channels — both official and unofficial.

Foreign Minister Shah Mahmood Qureshi had held a meeting with the officers in an attempt to pacify them and explain Mr Khan’s statement.

Several well-known retired officers criticised the prime minister’s remarks. President of the Association of Former Ambassadors Inamul Haque in a letter written to the prime minister rejected his televised remarks, saying that the “public reprimand was ill advised and reflected a lack of understanding of the work that our diplomatic missions are performing despite major constraints and impediments”.

He said that denouncing an entire institution, without a proper and impartial investigation, was “unconscionable”.

PM Khan, talking about his own remarks at the programme, said that they looked as if he was denouncing the entire Foreign Office. “It was not that. They (foreign service officers) are doing a good job,” he clarified.

He regretted that his interaction with the envoys was telecast live on that day. “Only its excerpts should have been shown,” he maintained.

Former foreign secretary Salman Bashir, who had earlier vocally decried the prime minister’s diatribe, immediately welcomed the clarification in a tweet saying: “Gracious of @ImranKhanPTI to finally acknowledge competence and great contribution of the Foreign Office.”

It appeared from the latest remarks of the prime minister and Foreign Minister Shah Mahmood Qureshi, who separately spoke to media, that the contention of the foreign service cadre that most of the complaints related to areas that were not handled by their officers was finally accepted.

Mr Qureshi said the FO had little control over the officers of other departments posted abroad as it was not involved in their posting, transfer, and writing of the performance reports called Annual Confidential Reports.

The foreign minister said a task force had been set up under the foreign secretary, which had been tasked with “dovetailing” the working of the ambassadors and the departments like Nadra and the ministries of interior and overseas Pakistanis, whose officers are posted in the embassies and do most of the public dealing.

He said bashing of foreign service would not be allowed.