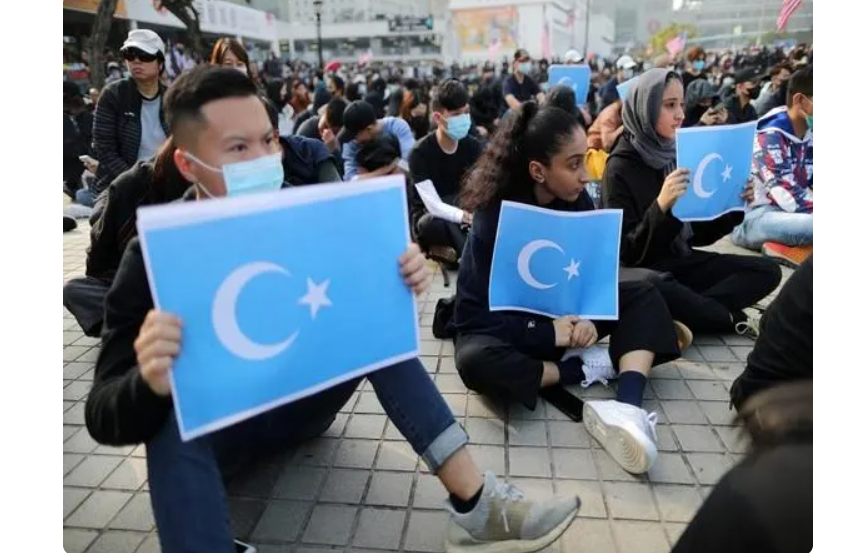 A broad coalition of UN member states and civil society organisations (CSO) is set to hold an online event on Wednesday to raise awareness and discuss the human rights situation prevailing in China Xinjiang province.

"The international community has grown increasingly concerned about the #Human Rights situation in Xinjiang. This is why a broad coalition of @UN MS & CSO's are hosting an event to raise awareness & discuss the situation," said Permanent Mission of Germany to the United Nations.

Fuming over the upcoming UN video conference on Beijing's crackdown on the Uyghur Muslims, China has called on members of the United Nations not to attend the event, saying it "is based on sheer lies and political bias".

Address a press briefing, Chinese Foreign Ministry spokesperson Hua Chunying on Monday said "The US, rallying a handful of countries like the UK and Germany, plans to hold the so-called virtual meeting on Xinjiang and falsely calls it a sideline event of the UN."

China has been rebuked globally for cracking down on Uyghur Muslims by sending them to mass detention camps to undergo some form of forcible re-education or indoctrination. However, Beijing continues to deny all accusations.

So far, the US, Canada, Netherlands, and the UK have described the situation in Xinjiang as genocide, after reports of forced sterilisations and forced labour.

Last month, Human Rights Watch (HRW) had said the Chinese government is committing crimes against humanity against Uyghurs and other Turkic Muslims.

The latest HRW report draws on newly available data from Chinese government documents, other evidence to assess Beijing's actions in Xinjiang. The report had said that the Chinese leadership is responsible for widespread and systematic policies of mass detention, torture, and cultural persecution, among other offenses.