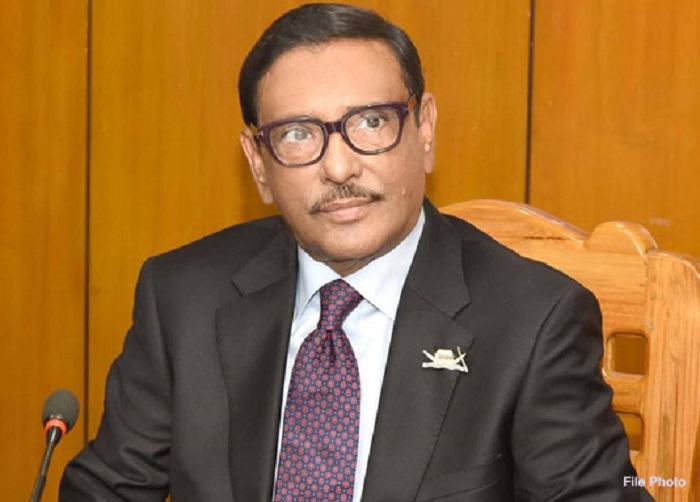 Awami League General Secretary and Road Transport and Bridges Minister called upon the people to remain careful at the highest level to follow health safety guidelines by avoiding crowd in view of the second wave of the coronavirus (Covid-19) pandemic.

“The Covid-19 situation came under control to some extent because of the government’s all-out efforts but it may go beyond control if the return journey of Eid home-goers to their workplaces makes a mad rush,” he told a regular press conference on contemporary issues at his official residence.

He said: “So everyone will have to remain alert at the highest level”.

About BNP secretary general’s allegation that BNP leaders have no Eid-celebration in the last one era and the party leaders are being killed and false cases are being filed against them, Quader ruled out the allegations and said “Did you (BNP) forget the incidents of carrying out steamroller of repression on Awami League leaders and workers when you assumed power in 2001?”

“During the BNP’s regime, Awami League leaders and workers could not go home even if they couldn’t get the scope to attend and perform the last rituals at the death of their parents ,” he said.

The AL general secretary said even AL leaders and workers were arrested at the time when they were offering Eid prayers.

“I want to know from BNP leaders how they could make such cruel and inhuman acts,” he said.

Quader said AL government led by Prime Minister Sheikh Hasina didn’t set up any instance of recurrence of repression that was carried out during BNP tenure.

He also announced the programmes of AL to be celebrated on the occasion of the homecoming day of Bangabandhu’s daughter Sheikh Hasina on May 17.

Inaugural ceremony will be held at on the premises of Bangabandhu Memorial Museum at Dhanmondi road number 32 at 11 am tomorrow.

Special doa and prayers will be offered at mosques, temples, churches and pagodas marking the day.