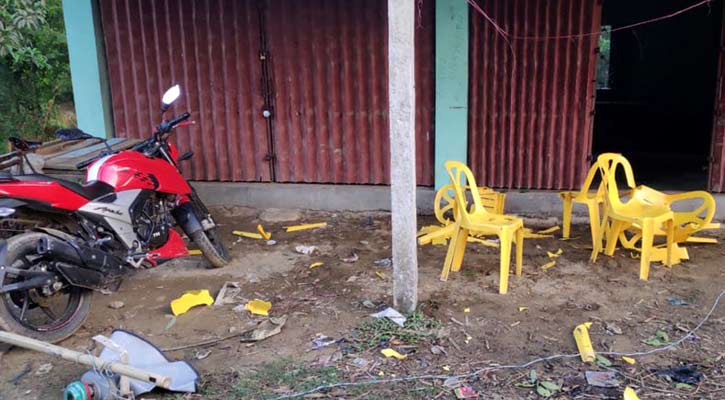 The cadres of Jatiya Sangsad Whip and MP from Chattogram-12 constituency Shamsul Haque Chowdhury carried out an attacked on an Iftar party in Patiya upazila of the port city on Thursday evening.

The attack took place in front of Nalanda Ali Newaz Darbar Sharif in Kolagaon Union of the upazila.

In their apparent bid to foil the iftar party, around 15-20 cadres, led by Bulbul and Hasan, attacked the invited people with arms just before Iftar.

Patiya Chhatra League leaders Shukkur Ali, Shahed and some others people were injured in the attack and are taking treatment in a local hospital.

Meanwhile, after receiving the news of the attack, a police team led by the inspector Patiya's colorful police outpost Md Solayaman and ASI Md Russel visited the spot and spoke with the eyewitnesses and injured people.

People from all walks of life, including local worshipers and Awami League leaders and activists, became angry after the attack. The local people protested the attack of the MP's cadres and demanded harsher punishment for those involved.

The organisers of the Iftar Mahfil said that the president of the Dhaka University Student Forum in Patiya Abdul Khalek organised the Iftar party  near Nalanda Ali Newaz Darbar Sharif in Patia on Thursday. Joint Secretary of central Juba League Badiul Alam and local dignitaries were present at the Iftar.

It has been alleged that the attack was carried out on the instructions of Whip Shamsul as the party was organised without the permission of the MP.

Khalek, president of the Dhaka University Student Forum, said it was not in his mind that they can attack the Iftar party. Two people were injured in the terrorist attack.

“I can't say why and for what reason the attack took place,” he said.