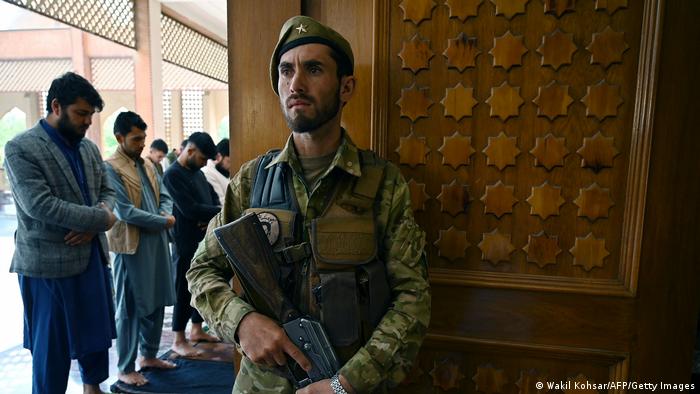 Twelve people were killed and 15 others wounded as an improvised explosive device was detonated at a mosque on the outskirts of Kabul, capital of Afghanistan on Friday, the capital police said.

The explosion occurred during Friday prayer at midday in Haji Bakhshi Mosque in Qala-e-Murad Baig area of Shakar Dara district, on the northern outskirts of Kabul city.

The wounded were moved to a nearby hospital by police and volunteers from local residents, Ferdaus Faramarz from Kabul police told reporters via a text message.

The blast occurred as the militants of Taliban outfit and government security forces are observing a three-day cease-fire during the Eid al-Fitr festival starting from Thursday.

The praying leader Mufti Nehman died from serious injuries minutes after the explosion, according to Faramarz.

Earlier the police official citing the initial information said that four people were killed and over 20 wounded.

No group has claimed responsibility for the attack so far.

Over the past years, the capital city was hit by series of terror attacks staged by Taliban insurgents and militants of the Islamic State (IS) group opposing the government.