One held with 10 kgs of ganja in Rangpur 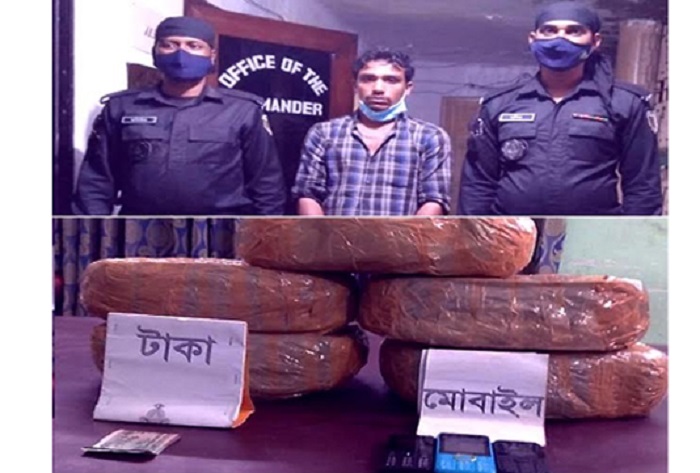 Rapid Action Battalion (RAB)-13 seized 10 kgs of ganja and arrested a presumed drug trader from Boiragiganj Bazar point on the Rangpur-Dhaka highway under Mithapukur upazila in the early hours of today.

“On a tip off, Crime Prevention Specialised Company (CPSC)-1 of RAB-13 from Dinajpur conducted a raid there and arrested the drug trader with ganja, three mobile phone sets and cash money from his possession at 2 am,” a press release said today.

The arrested drug trader was identified as Md Imran, 25, of Bagura district.

During interrogation, the arrested person admitted his involvement in trading drugs for quite a long time.

“After filing a case in this connection against the arrested drug trader, the elite force handed over them to Mithapukur police station today,” the release said.