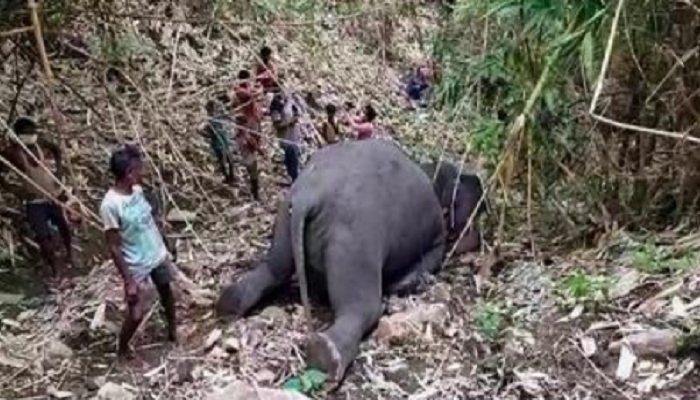 At least 18 wild elephants were found dead atop Bamuni Hills in Assam's Nagaon district today after lightning struck them during the showers in the area last night.

Sources from the state forest department have told NDTV that as per preliminary investigation, the animals appear to have been killed in a lightning strike.

The sources said a search operation has been launched in the area and the actual reason and number of elephants killed will be known in due course.

"Local villagers informed us about the death of the elephants. We rushed to the spot and found them lying on the ground. We have sent the carcasses for postmortem," said a forest official.

Principal Chief Conservator of Forest (Wildlife) Amit Sahay has said, "The area is very remote and our team could reach there on Thursday afternoon. It was found that carcasses were lying in two groups. Fourteen were lying atop the hill and four were found at the bottom of the hill," he said.

Assam Environment and Forest minister Parimal Suklabaidya has said he is "deeply pained" by the incident.

In a statement here today, Mr Suklabaidya said he would be visiting the spot with the The Principal Chief Conservator Of Forests (wildlife) and other officials on Friday to take stock of the situation.

The minister added that a team of forest and veterinary officials had already visited the site.