Dhaka, Beijing treat each other with mutual respect: Spokesperson

China not interfering in other countries' domestic affairs in S Asia, she says 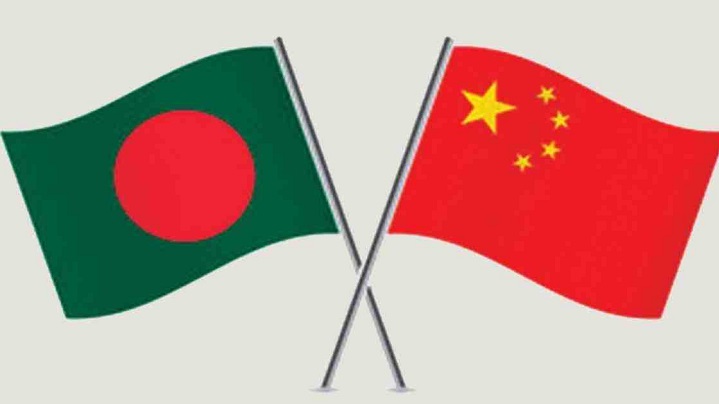 China has said Bangladesh and China are friendly close neighbours and they always treat each other with mutual respect and firmly support one another on issues bearing on respective core interests and major concerns.

Hua Chunying, Spokesperson at the Chinese Ministry of Foreign Affairs, at a regular briefing in Beijing said in South Asia it is definitely not China that is interfering in other countries' domestic affairs.

"I can tell you clearly that China and Bangladesh are very friendly close neighbours. We’ve grown our ties on the basis of the five principles of peaceful coexistence," she said.

Hua said they all know what kind of mechanism the Quad (US, Japan, India and Australia) is.

She said China opposes "certain countries' efforts to form an exclusive clique, portray China as a challenge, and sow discord” between regional countries and China.

Responding to a question on whether China is aggressively trying to push its foreign policy, Hua Chunying said she is not sure if the questioner's information on the statement from the Bangladesh foreign minister was an accurate quote or if further clarification is needed.

"But one thing is clear. China always treats other countries as equals, especially small and medium ones," she said.

The Spokesperson reiterated that China and Bangladesh have very friendly relations. "We develop ties based on the five principles of peaceful coexistence, always respect and trust each other and offer each other firm support on matters concerning core interests and major concerns."

She said China was, is and will remain committed to its principle not to interfere in other countries' domestic affairs.

"As to the Quad, I think India knows better than us the intention of this mechanism. Isn't it intended as a small clique against China? Remarks expressing opposition to this mechanism are not about interference but about rejecting small cliques and bloc politics," said the Spokesperson.

She said they also reflect the aspiration for maintaining regional peace and stability.

The meeting was held after a vaccine handing over ceremony at the state guesthouse Padma.

They discussed different bilateral issues, including Covid cooperation between the two countries, a senior official at the Ministry of Foreign Affairs told UNB.

They highlighted the importance of the growing relationship between the two countries.

On Monday, the Ambassador talked about a number of issues, including vaccine cooperation.

The envoy, while responding to a question, also talked about Quad, an initiative of four countries- the United States, Japan, India and Australia, that was followed by a reaction by Dhaka.

Ambassador Li said obviously it will not be a good idea for Bangladesh to participate in this small club of four countries because it will "substantially damage" the bilateral relationship between the two countries.

“So, we don’t like to see any form of participation by Bangladesh to this small group of countries,” said the envoy.