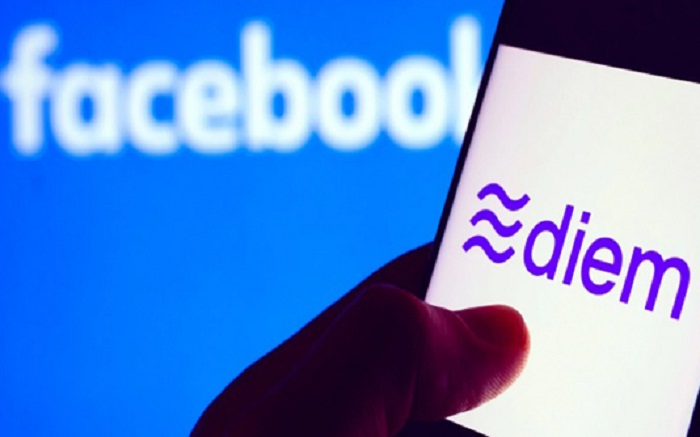 Facebook-backed digital payments project Diem said Wednesday it is shifting to the United States to launch a “stablecoin” backed by dollars.

Diem, which has changed its name and mission since the project was introduced as Libra in June of 2019, will move its operations to the United States from Switzerland as part of what it called a “strategic shift.”

The Diem Association overseeing the project announced a partnership between its network’s subsidiary and Silvergate Capital Corporation, which will exclusively issue a Diem stablecoin backed by US dollars.

Diem chief executive Stuart Levey touted Silvergate as an ideal partner for “a blockchain-based payment system that protects consumers and enhances the integrity of the financial system.”

“We are committed to a payment system that is safe for consumers and businesses, makes payments faster and cheaper, and takes advantage of blockchain technology to bring the benefits of the financial system to more people around the world,” he added.

Diem Networks will handle real-time transfers of its stablecoins between members, according to a release.

Stablecoins are a class of cryptocurrency backed by real-world reserves.

“We believe in the future of US dollar backed stablecoins and their potential to transform existing payment systems,” Silvergate chief executive Alan Lane said in the joint release.

With the shift, Diem is withdrawing its application to the Swiss Financial Markets Authority for a payment system license.

Silvergate is a bank chartered in the state of California, so Diem Networks will register with the US Department of Treasury as a money services business, according to the association.

The project has benefited from the “intensive” licensing process in Switzerland and feedback from more than two dozen regulatory authorities convened to consider it, Levey said.

Facebook’s announcement in 2019 of plans to design a cryptocurrency, then called Libra, and payments system raised immediate red flags for global finance officials, who expressed a barrage of withering criticism about the security and reliability of a private network.

The Libra Association in December announced it was changing its name to Diem, playing off the word’s roots to indicate it was a “new day” for the project.

“The evolution of the project results from constructive ongoing engagement with governments, regulators and other key stakeholders,” Levey said at the time.

“There is growing consensus around the world on the need to modernize financial infrastructure and regulatory frameworks to meet changing consumer demands and keep pace with global innovation in digital payments.”