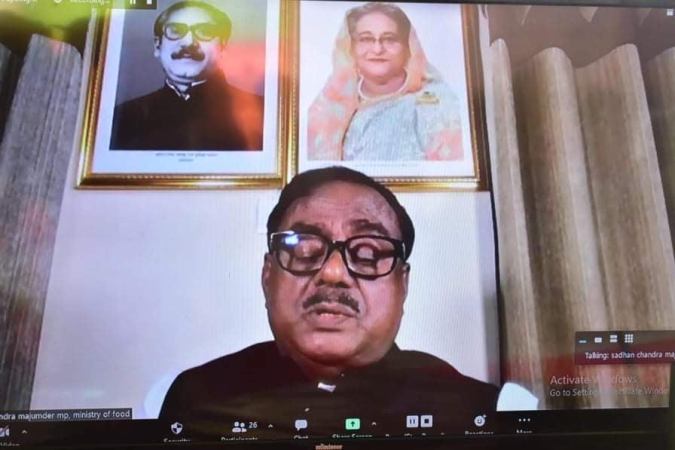 The government on Wednesday started procurement of paddy directly from farmers in Khulna district.

Food Minister Sadhan Chandra Majumder inaugurated the paddy procurement programme through a videoconference from Dhaka around 11:30am.

While inaugurating the programme, the minister said digital Bangladesh is now not a dream but a reality.  Farmers in remote villages are also getting the benefit of digitisation now.

For the interest of the farmers, the purchase of paddy and rice should be given priority in this year's Boro collection and the farmers should not be harassed in any way. Already 13 instructions have been sent to the food office of each district.

Sadhan Chandra said that 8.5 lakh metric tons of paddy will be purchased directly from the farmers this year.

Stating that there is no compromise on the quality of rice, the minister said that the field level officials and employees have already been instructed to complete the collection of rice properly. Besides, food-friendly programs will also be brought online, said Sadhan Chandra Majumder.